A week doesn’t pass without a Chinese maker announcing a ‘killer’ of another product. Sure, it’s a nice way to catch the attention of potential buyers…

This week saw the announcement of UMi Fair aka the Xiaomi Redmi killer, the IUNI N1 and some other interesting hardware. Here is where you’ll find the top 5 articles on GizChina that were posted through the week, all in one place, every week!

So lets start with a recap over the past week in Chinese tech! 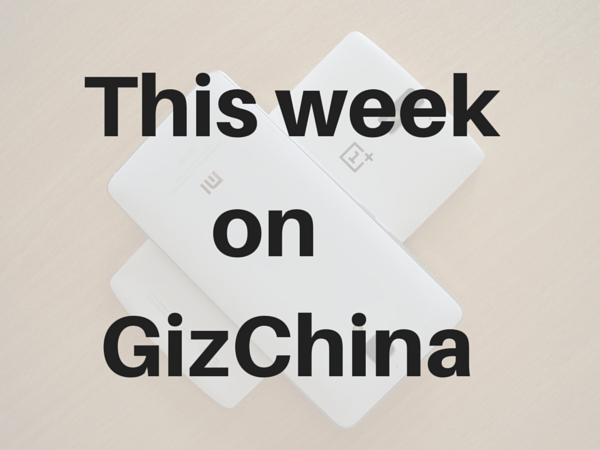 UMi being the revamped UMi, has started to make a lot more noise than it did ever before. The company announced specifications of what they think is the world’s cheapest fingerprint sensor phone, i.e., the UMi Fair. UMi also think that the Fair will slay the Xiaomi Redmi at $99!

Ulefone’s Paris is an aptly named beautiful smartphone with a decent set of specifications under its hood. But unlike other phones with similar specifications, the Paris costs only $130 if you pre-order now!

IUNI started a new line of phones earlier this week, with the IUNI N1 being the first of the lot. The N1 has a rather beautiful body and is a mere 6.3mm in thickness!

I bet you didn’t see this coming. Xiaomi have actually announced a suitcase, but (meh) it isn’t smart, doesn’t connect to your smartphone and certainly doesn’t have integrated maps.

Smartphones from China have reached a totally new level of awesomeness this year. Its high time that smartwatches follow; Mlais is trying to do that (but are they trying to imitate Elephone?) with a rather beautiful smartwatch which the company has recently been teasing.