Elephone steadily been gaining the respect it lost after the P7000 fiasco. There’s still a long way to go, however, for the Chinese OEM to be taken as seriously as its competitors.

Nonetheless, we just received news about the upcoming Elephone M2 along with some press photos. The device features a design that signifies a bit of a departure from the usual Elephone styling (and reminds a little of Huawei while at it).

Before we move on to the photos, lets talk about the specifications. The Elephone M2 is now confirmed to have an octa-core MediaTek MT6753 processor with 3GB of RAM and 32GB of ROM… which, depending on the time frame of the launch, will either make the M2 a full-blown flagship or a high-mid-range smartphone.

Moving on, the M2 will have a 5.5-inch 1920 x 1080p display, which the company claims will be sourced from LG. The M2 will keep up with the trends and will pack a fingerprint sensor on the front (which claims to recognize fingerprints in 0.5 seconds) over the home button (which appears to be a physical button). Also on the front will be a 5 mega-pixel camera on top. 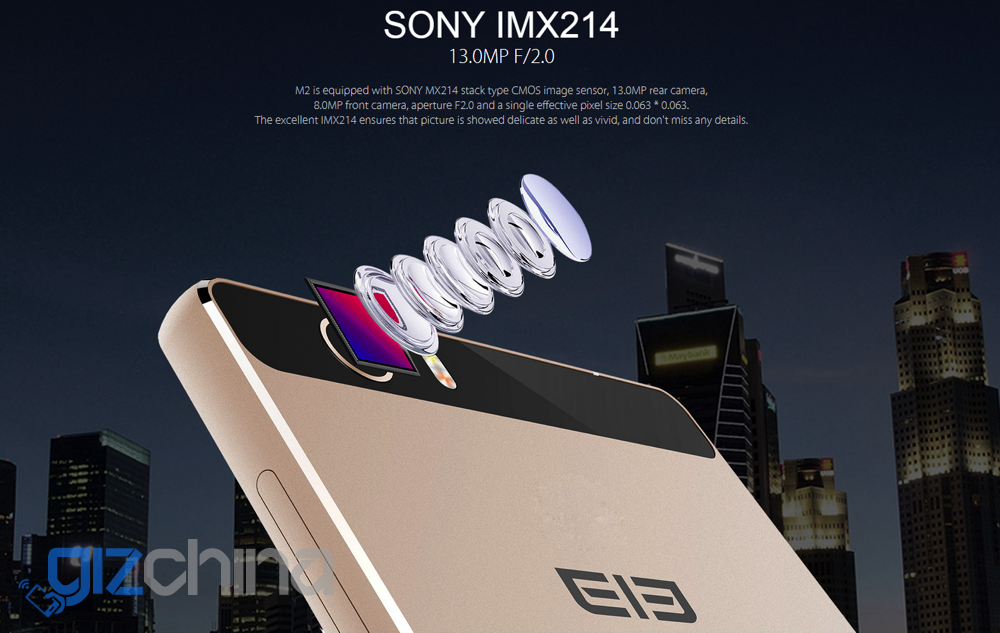 The rear camera will be a 13 mega-pixel sensor, the Sony IMX214. Since the M2 is a unibody phone (Elephone’s first), you can expect the shell to feel high quality.

If you’re bored of the run-of-the-mill design, the M2 should be a welcome change with its 7.35mm slim body. There’s no word on when the phone will be available or how much it’ll cost… what would you pay for it?