Following up on the FCC leaks of a budget OnePlus device are these detailed photos and hardware parameters of the OnePlus E1001 curtsey of TENAA.

Coming with a 5-inch display, the all new budget OnePlus E1001 will be the smallest OnePlus phone to date and will feature a new design to differentiate it from the flagship OnePlus 2.

FCC photos and now TENAA leaks show us that the OnePlus E1001 comes with a build not all that dissimilar from Oppo phones, and actually looks a little like an iPhone from certain angles. The new phone will feature front and rear 2.5D glass panels and an alloy chassis measuring just 6.9mm thick. The thin body means limited space for a battery and TENAA have revealed the phone will come with just a 2450mAh cell charged through a Type C USB plug.

Additional information tells us the device will support TD-LTE, FDD-LTE, TD-SCDMA, WCDMA and GSM phone networks, and that the processor is an 8 core model with a CPU speed of 1.9Ghz. Going on those clues we can guess that OnePlus have teamed up with Mediatek and used the MT6795 in the E1001. 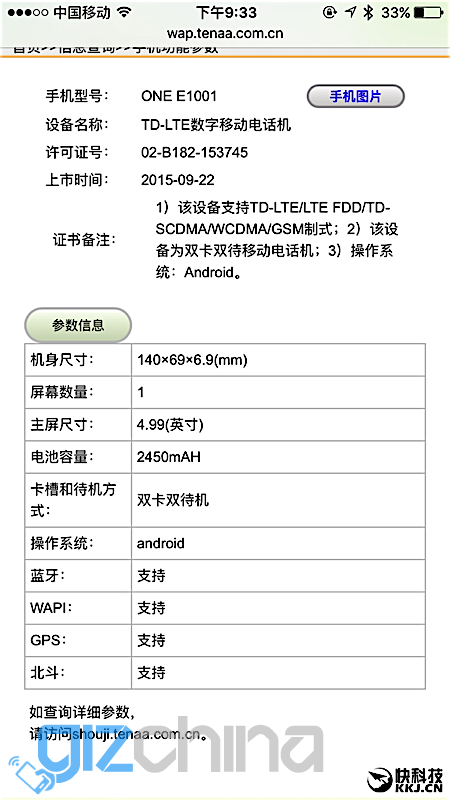 As FCC and TENAA have both leaked the phone then we can expect a launch very soon, and pricing for China of about 999 Yuan. So now that you have seen it what do you think of the low-cost 5-inch OnePlus E1001?

Next Elephones on discounted sale every Wednesday