Huawei’s claim to fame this year, besides the already-successful Honor 7 has been the Mate S which is regarded as the world’s first phone with a pressure-sensitive touchscreen.

The Mate S was first exhibited at the IFA this year. The powerful phone comes with Huawei’s in-house HiSilicon Kirin 935 SoC, along with 3GB of RAM and 32GB of on-board (and expandable) storage. There’s a 5.5-inch 1920 x 1080p FHD display upfront along with an 8 mega-pixel camera (with soft flash), while a 13 mega-pixel f/2.0 camera with Optical Image Stabilisation makes it to the rear of the phone. 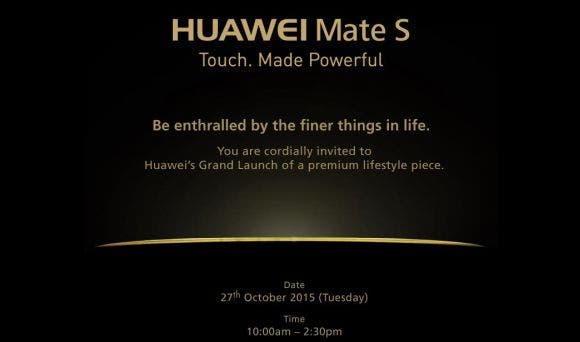 There’s no word on pricing as yet, stay tuned for more.

Next Doogee want to bring performance photography to budget phones