More details about the upcoming Vivo X6 have been let out by the company as we near the launch of this powerhouse of a phone.

Today it was learnt that the X6 will come in three different color variants including Gold, Silver and of course, Rose Gold.

Besides, the phone also leaked in a picture in China. The picture depicts the rear fingerprint sensor of the phone along with its general appearance, which is more or less in line with the usual Vivo design language. 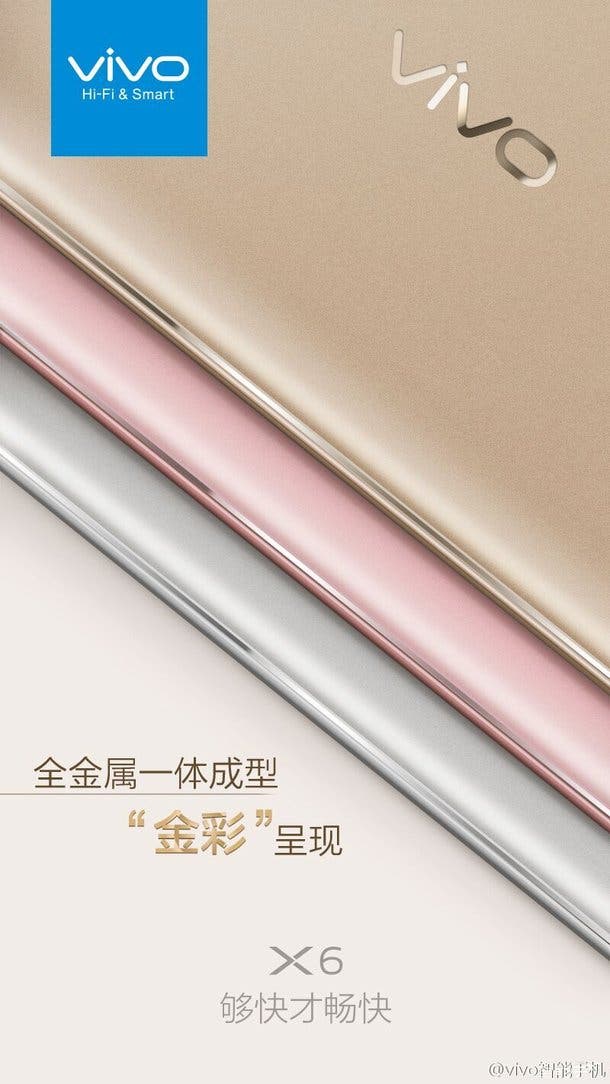 As for the specifications, the X6 will be a beast because not only is it supposed to have 4GB of RAM, but also a very able processor in the MediaTek Helio X20. Apart from that, the X6 will have a 21 mega-pixel camera, a 4000mAh battery and a screen somewhere between 5.2- and 6-inches in size.

The official launch is expected to take place on the 16th of December For now, the Chinese seem to be busy contributing towards the world’s largest e-commerce transaction day, i.e., Singles’ Day.