Although not the news that we were expecting to see we do finally have confirmation that the LeTV LeMax Pro will be the first Snapdragon 820 phone on the market.

It’s finally official! Qualcomm took to the stage today at CES confirming that LeTV will be the first manufacture to launch a phone with their Snapdragon 820 chipset and that the LeTV LeMax Pro is the first phone that the new SoC will be found in.

The phone wasn’t officially launched today, but the confirmation from Qualcomm comes after months of speculation at which manufacturer would get the SD820 first. The main contenders were Xiaomi, Oppo, Vivo, Samsung and LeTV, but it is the new comer that has come out on top.

In addition to being the first Snapdragon 820 phone to be announced the LeTV Le Max Pro will also be the first phone to come with Qualcomm Snapdragon Sense ID technology for biometric security. 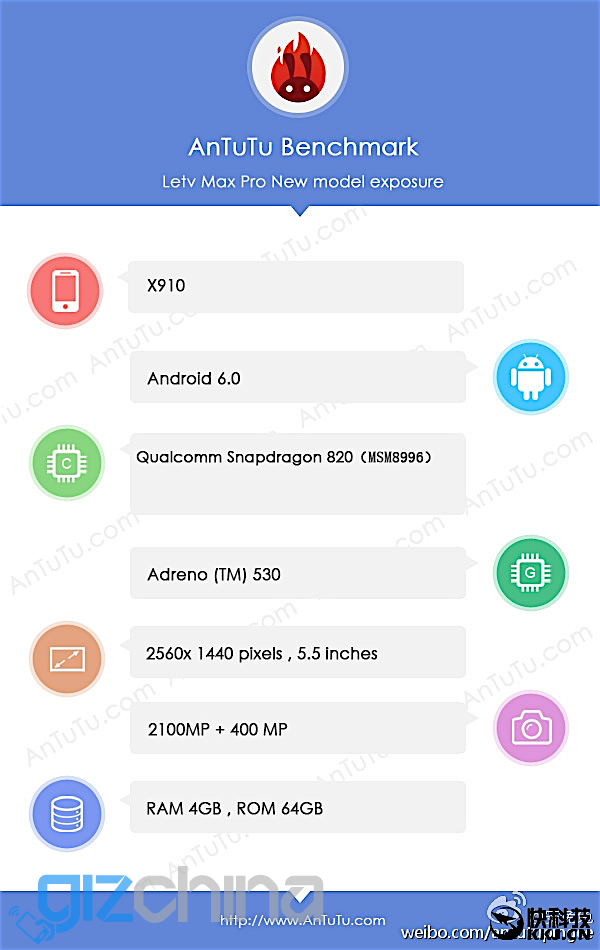 As LeTV haven’t announced their flagship yet all we have to go on for specs are leaked benchmarks which show the phone running a 5.5-inch 2K display, 4GB RAM, 64GB internal storage, 21 mega-pixel main camera and Android 6.0.

Expect LeTV to launch the Le Max Pro in China and the U.S later this year.

OnePlus Concept One Unveiled at CES 2020 – Nothing More than a Concept?