Xiaomi are 5 days away from officially announcing their all metal Redmi 3, but more images have emerged.

This time around we have a good look at the rear of the gold version of the new metal bodied Xiaomi Redmi 3. Like the silver version that was revealed earlier, the gold model has that same crosshatching rear pattern.

Xiaomi are obviously not shy with showing off their new 5-inch budget phone but so far they haven’t revealed specifications, so thank goodness for leaks. 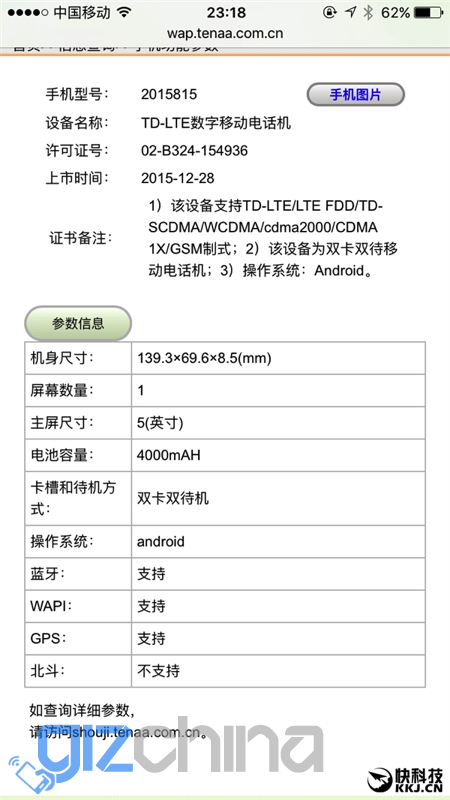 TENAA have once again spilled the beans revealing that the Xiaomi Redmi 3 is going to have a huge 4000mAh battery inside the 8.5mm body. Past TENAA leaks confirmed a 1.5Ghz octacore chipset (Snapdragon 616?), 2GB RAM and HD display.

We will have to wait for the official announcement on the 12th January to see if there any other hidden features in the new Redmi. Expect MIUI 7 and a 699 price tag!

What are your opinions on the new rear design and that pattern?