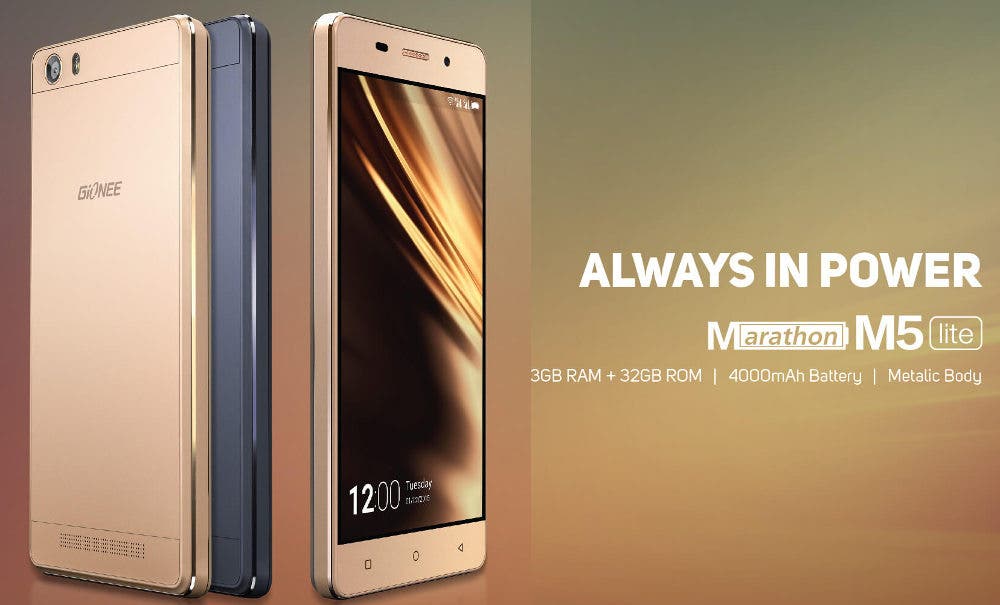 Gionee’s Marathon M5 is already quite a popular phone thanks to its rather large battery. There are a couple variants of the phone already on the market, and Gionee has announced yet another.

The new phone — the Gionee Marathon M5 Lite — is again a battery-first phone, but not as full-fledged as the original M5.

Specs are more or less the same besides a drop in battery capacity. Let’s take a look.

Up front is a 5.5-inch 1280 x 720p display, which is now an IPS panel (the M5 has an AMOLED display). The processor remains the same, i.e., the extremely energy-efficient MediaTek MT6735. Along with that, 3GB of RAM, 32GB of on-board storage, an 8 mega-pixel rear camera and a 2 mega-pixel front facing camera complete the Marathon M5 Lite.

Coming back to the battery, the capacity takes a dip to now measure 4000mAh.