OPPO announced only today that the R9 and the R9 Plus will be made official on the 17th of March, i.e., 10 days from today.

OPPO are going all-out on the spec war with these phones. Both phones will have AMOLED displays, 4GB RAM, 64GB on-board storage and 16 mega-pixel cameras on the front… and the rear.

As for the spec bit that’ll differentiate between the phones, it’ll be the screen. The R9 will get a 5.5-inch panel, while the R9 Plus will ship with a 6-inch one. 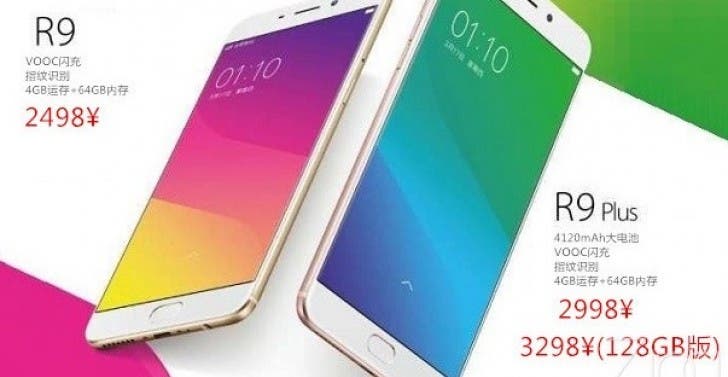 Given OPPO’s usual pricing strategies, and considering these fliers have some truth about them, the R9 could actually challenge some affordable flagships, the Xiaomi Mi 5 for instance.