An Antutu benchmark discovered today shows us the type of specifications to expect for the Meizu Pro 6, but are these specs you expected from the Meizu MX6 instead?

Last year Meizu seemed to have drawn a line between their flagship phones. From what many Meizu fans understood the MX range of devices would remain as the flagship Mediatek powered phones, while the Pro line would feature higher specifications and Samsung processors. The first examples of this were the Meizu MX5 with Mediatek Helio X10 and the Pro 5 with Samsung Exynos chip.

However the lines have blurred once again with the revelation that the next generation Meizu Pro 6 all get a Helio X25, and after today’s Antutu leak a spec close to what we were expecting on the MX6. 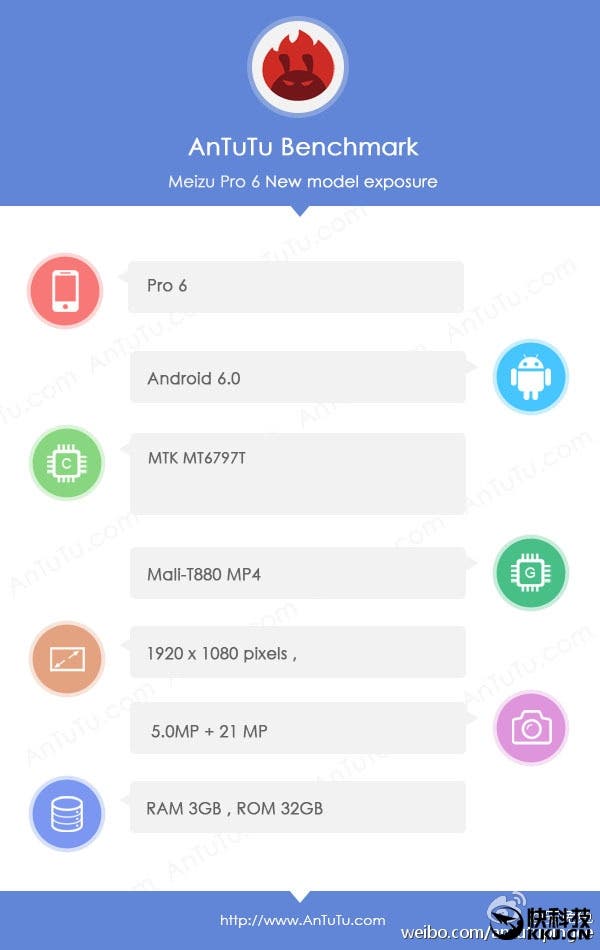 For those who know your Meizu phones you will see that the only update here from the MX5 is the chipset, so once again the update from phone to phone this year from Meizu seems to be quite a small one.

Another change we might see is the absence of laser autofocus and a slightly redesigned body.

What do you think of these Pro 6 specs? are they Pro worthy or should they be on the MX6 instead?

Next Elephone M2 arrives in Europe with 24 hour shipping