OnePlus made the revelation via their Weibo earlier today. One can’t help but think that the hype around the launch has been mellow compared to the previous two launches (excluding the OnePlus X). 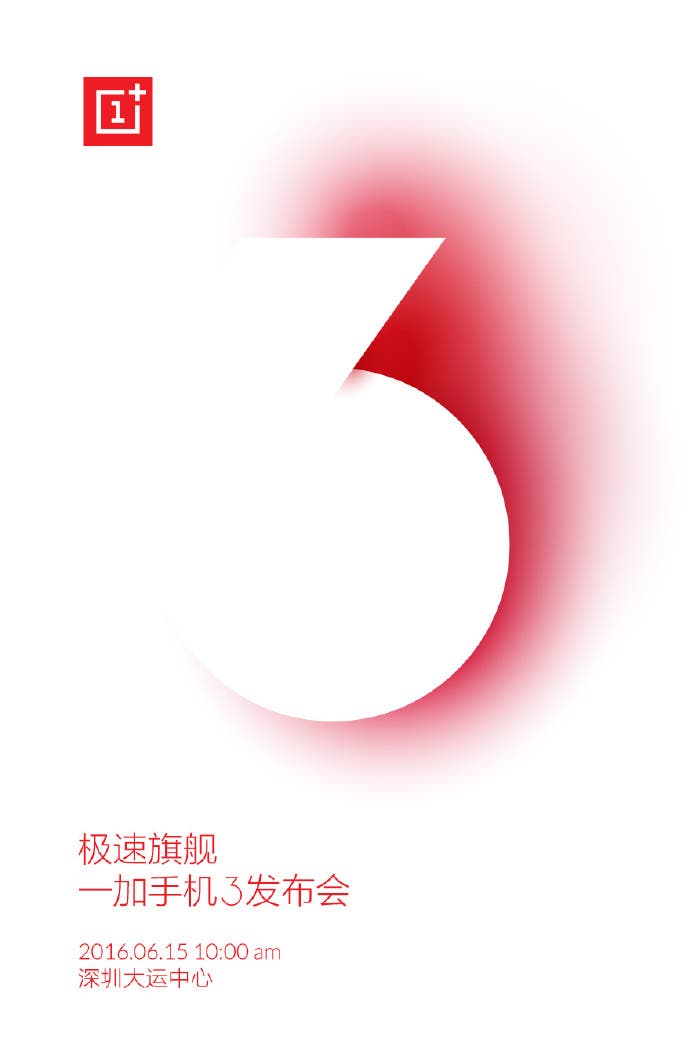 Coming back to the launch this year, OnePlus revealed that the phone would launch on 15th June at the Shenzhen Universiade Center at 10 in the morning. More importantly, OnePlus mentioned that the phone will be available starting the next day itself – 16th June.

OnePlus are infamous for their invite system, which although helps keep pricing and supply in check, can sometimes be frustrating for to-be buyers who’re used to paying up and taking a new phone home. No word on whether the OnePlus 3 will be an invite-only phone. In related news, a 6GB RAM variant of the phone was recently spotted.