We have already mentioned BBK’s new education phone brand called Imoo, but today (thanks to TENAA) is our first look at the new phone in all its glory.

From an early leak of the phone we had already had a good idea of what the design of Imoo’s first phone would be like, and unsurprisingly we have something that looks like an iPhone/Vivo hybrid.

According to the TENAA documentation the Imoo has a 5.5-inch display with a resolution of 1920 x 1080 and 5 mega-pixel up front. Under the hood is a Mediatek P10 chipset running at 2.0Ghz, with 3GB RAM and 32GB memory plus a 2930mAh battery.

The rear shows more iPhone inspiration with the exception of the odd design next to the 13 mega-pixel main camera. This could be an area for the laser auto-focus module, or could it be something else? 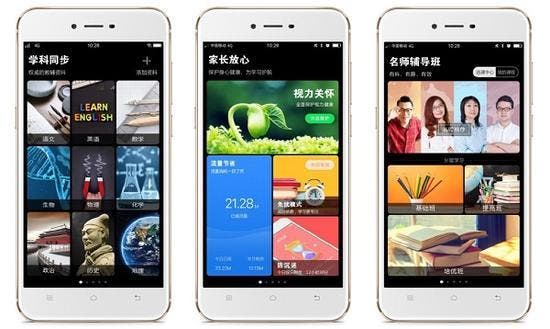 Imho will have their own custom ROM based on Android 6.0 on their new phone. The ROM will feature special educational features including a “Discipline Sync”. The phone also features a dedicated button for voice recording too.

Pricing is expected to be around 2000 Yuan, and it is unlikely to launch outside of China.

Previous Huawei Maxing out the specs with 6.6-inch 2K phablet