Elephone are infamous for their smartphones, and they are also slowly making waves in the action camera market too.

After launching a couple of more traditional, GoPro, style action cameras over the past 12 months, Elephone have gone and upped the game with their first every 360 device.

Yes, just like those pricey devices from LG, Samsung and other camera makers, the Elecam 360 allows you to create 360 degree panoramic photos, and more excitingly 360 video too. 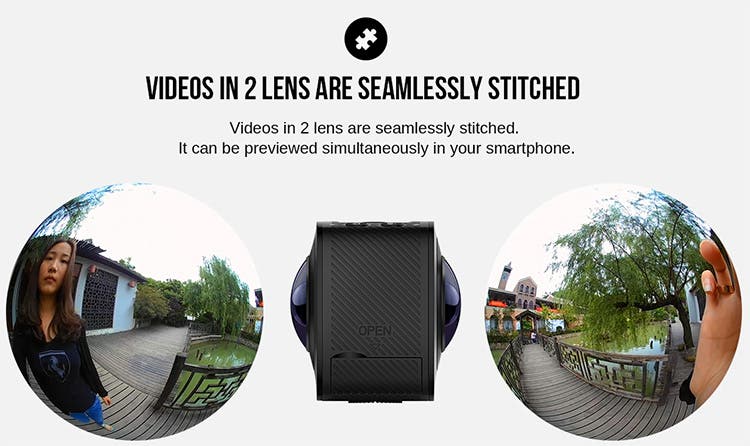 For those of you buying the $149.99 Elecam 360 from shop.gizchina.com we will even throw in a 32GB SD card and tripod for free.

Next Huawei Maxing out the specs with 6.6-inch 2K phablet