Zopo are still soldiering on despite strong competition, and today have announced the details of 3 new smartphones heading to stores across Europe.

Zopo have topped up its range of smartphones this morning with official details of three new models. The new handsets include the Zopo Color F2, Color F5 and Color C3, and each phone will go on sale in stores across Spain, France, Germany and Czech Republic.

Kicking of the range is the Zopo Color F2 with a 5.5-inch HD 2.5D display, quad-core MT6737 chipset, and 1GB RAM. Obviously this is a budget phone, but still it has been a very long time since we saw a 1GB RAM phone.

Other features include 16GB internal memory, 8 mega-pixel rear camera, 2 mega-pixel front and a 2300mAh battery. Interestingly Zopo have managed to include a rear fingerprint scanner on the phone for added security.

Following up the F2 and the F5 with a smaller 5-inch HD display, and smaller 2100mAh battery to suit. The rest of the hardware matches the larger F2. 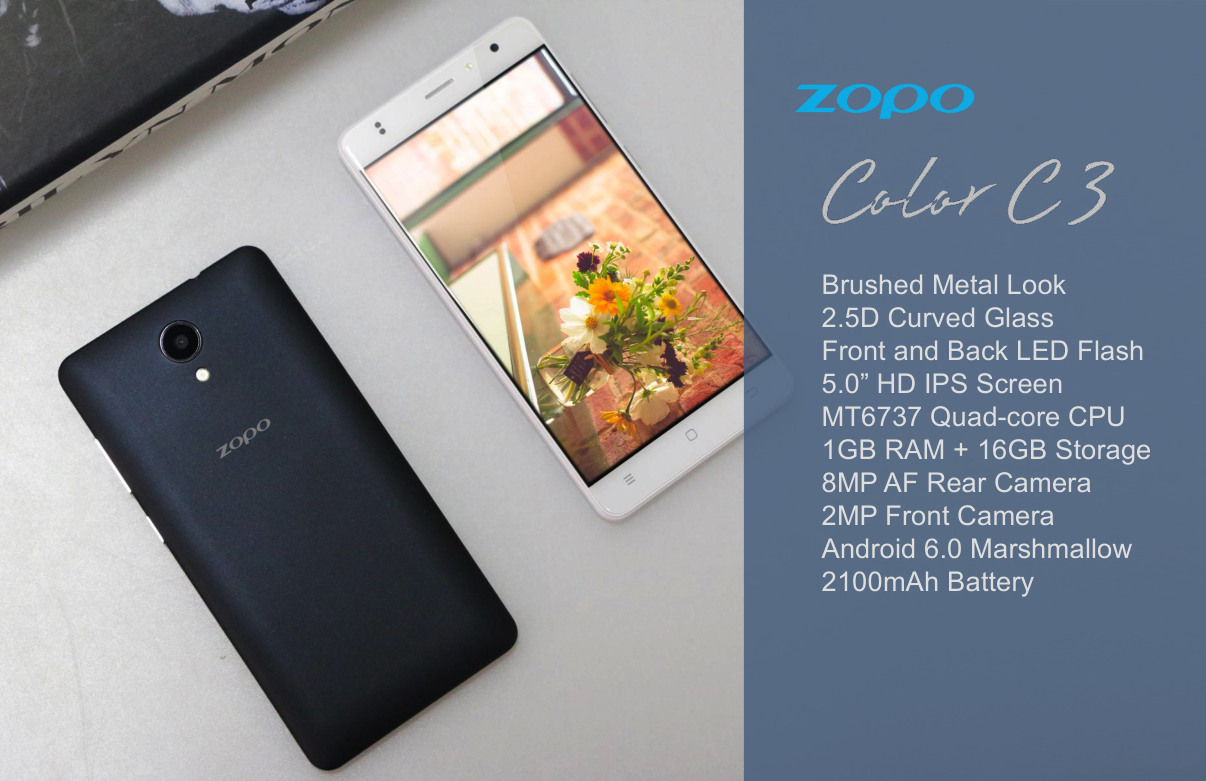 And last but not least is the Zopo Color C3. This phone seems to be the baby of the bunch and lacks a rear fingerprint scanner but has all the same hardware as the other too phones mentioned above.

Don’t expect to see these new Zopo phones in online stores as it seems that Zopo are now targeting big box customers at outlets like Mediamarkt and Phone Warehouse.

Next Ulefone U007 gaming test video