Small-time Chinese companies have had their eyes on the laptop market for a long, long time. Earlier today, one behemoth that goes by the name of Xiaomi revealed its first laptop, opening the floodgates for a lot more.

Onda is a Chinese tablet maker that’s been around for a long while (even before Xiaomi came into existence). With the line between tablet PCs and laptops blurring, a lot of 2-in-1 devices are making it to the fore – the Onda oBook10 SE is just another. 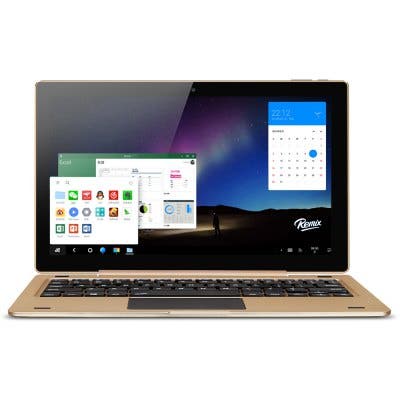 As the name would suggest, the device is an upgrade to an existing variant. This one though, doesn’t come with Windows 10 or (pure) Android OS; it instead features the interesting RemixOS. That said, RemixOS is based on Android should you not be aware.

It clearly isn’t the most powerful tablet PC/laptop hybrid around (also, the keyboard is a separate purchase), but RemixOS can be fun to use… and the oBook10 SE doesn’t cost too much. That said, it may not be the best device to get work done on the move.

Previous Can Ulefone Metal handle even the most demanding games?

Onda V80 tablet available in flash sales on Gearbest for $82.99