If it’s not an exploding Xiaomi phone, it’s the company’s wearable in the headlines for burning wearers wrists.

Xiaomi launched the Mi Band 2 this year with some major updates over the original simple wearable. First of all the Mi Band 2 is a larger device, with a bigger battery, but on the function front the wearable finally got a screen and retained a heart rate monitor.

The heart monitor is located on the rear of the Mi Band 2 and uses a pulsing optical sensor to read your pulse, this syncs to your health app so you can stay in shape, but some users are reporting an unexpected and painful side effect. 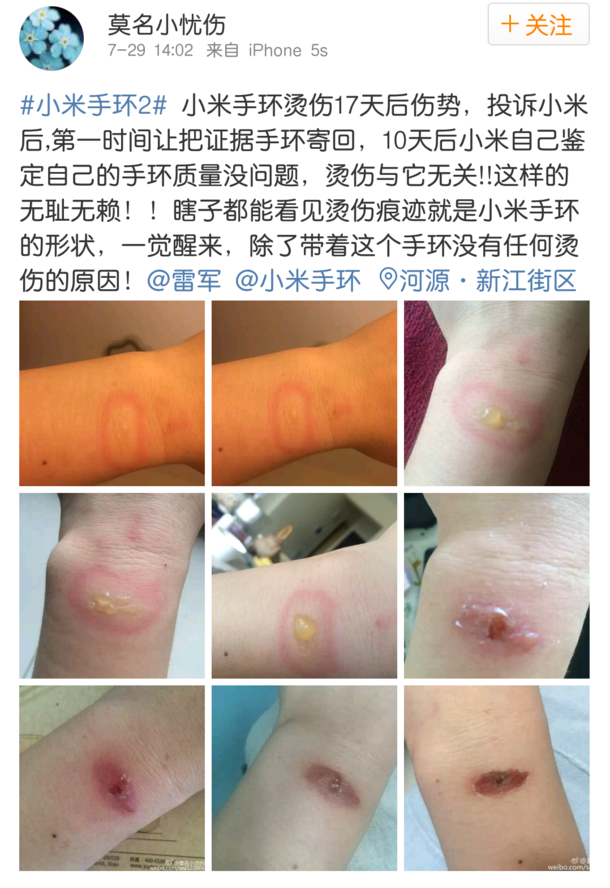 Users in China are posting images of the wrists with burns and blisters that they claim come from the Xiaomi Mi Band 2.

The burns look rather nasty and are surely very painful, but could they be caused by the Mi Band or a look-a-like knock off? The issue with Xiaomi products in China (and the world) is the sheer number of knock offs, many of which can fool even the proudest of Xiaomi fans!

In the past fake or unofficial chargers for phones have caused explosions, could fake wearable be causing burns or are Xiaomi really to blame here?

Do you have a Xiaomi Mi Band 2? Have you experienced any similar problems? Let us know.

Next Keep dry this summer with the Xiaomi umbrella!