Leagoo may not be the most discussed brand here at GizChina, but the Chinese phone is definitely chipping away at the global market.

Very recently, we reported about the brand’s latest launch for the Malaysian market — the Leagoo T1. The company has since unveiled another device, the T1 Plus, in China. 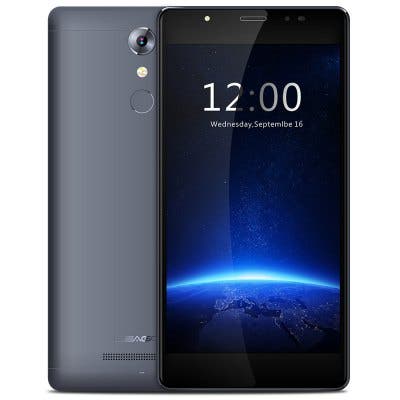 The Leagoo T1 Plus comes with a MediaTek MT6737 processor, 3GB RAM, 16GB ROM, a 5.5-inch 1280 x 720p display, 8 mega-pixel front and rear cameras (interpolated to 13 mega-pixel), and finally, a 2660mAh battery. Unlike Cubot, Leagoo have used their wisdom and include a fingerprint sensor on the device. The T1 Plus also runs on Android 6.0 Marshmallow.

Besides, the phone is also on pre-sale for $109.99, limited by stock. You can find more info about the pre-sale here, after which the T1 Plus will go back to the retail price of $129.99. It comes in Gray, Pink and Golden colour variants.