LeEco seem to be well on course to releasing a powerhouse if these LeEco Le 2s Pro benchmarks (AnTuTu) are anything to go by! Their phones have always been exciting since the time they first came out in mid-2015. They’ve been attractive to look at, and for the most part, have had powerful specs for their time.

The upcoming Le 2s Pro is a phone shaping up to be quite a powerhouse also. Also known as ‘LeEco’s Snapdragon 821 phone‘ here at GizChina, the device is expected to be among the first ones to feature the chipset. According to fresh news from China, the Le 2s Pro’s powerful hardware translates well into processing power… or so the benchmarks indicate.

According to the same source, the LeEco Le 2s Pro is capable of going past the 150k point mark on popular benchmarking app AnTuTu. Have a look at the screenshot below, if you want visual proof. 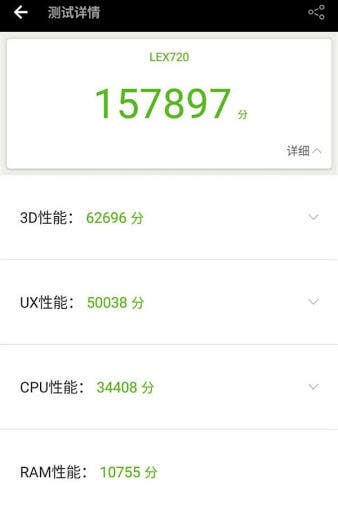 LeEco claimed to be the first makers to ship a Snapdragon 820 phone (the Le Max Pro) earlier this year, and are well on course to be the first company to offer the SD821 also. In other news, how far will the benchmark score madness take us?

Previous Mi Robot vacuum cleaner is real, here's a video of it competing