In a bid to perhaps skip the cut they’ve had to share with major domestic e-retailers and strengthen their grip over the market even more, OnePlus have set up an online store of their own in India.

OnePlusStore.in is where you’ll have to direct your web-browsers too in order to check out what’s available. OnePlus phones, accessories, etc. are available on the store. Worth noting is that there’s no difference in price between listings on the OnePlus Store and other retail partner outlets. 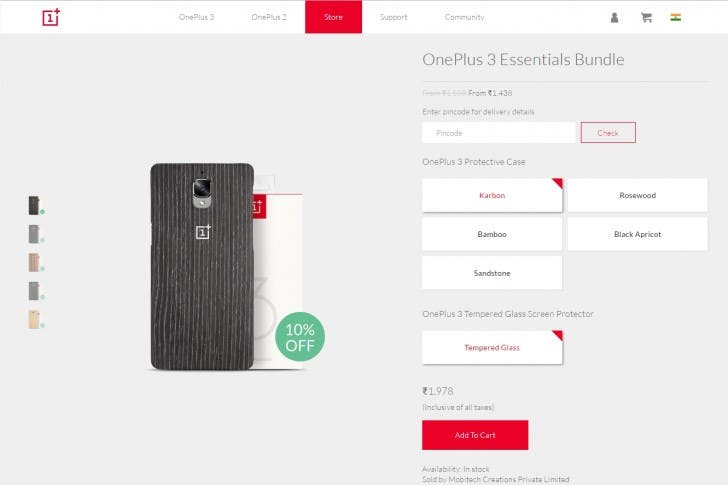 OnePlus already operate an international store, which operates in countries where the company officially exists. For India, OnePlus partnered with Amazon to sell it’s devices. Despite the setting up of the OnePlus Store, Amazon India will continue to carry OnePlus phones.

It’s a bit like how Xiaomi sell their phones via multiple channels including their own Mi.com platform.

Next Mystery OnePlus phone (A3010) spotted in China