A white version of the Xiaomi Mi Mix has been spotted in China with a lower price point.

Xiaomi’s Mi Mix phone broke convention in a lot of ways, but interestingly just being a black phone at launch would have been enough for it to stand out. Xiaomi are known for releasing white versions of their phones first, so it made a big change to see a black Mi Mix on sale without a white version is sight.

If you were holding out for a white model though, there does seem to be good news on the horizon. 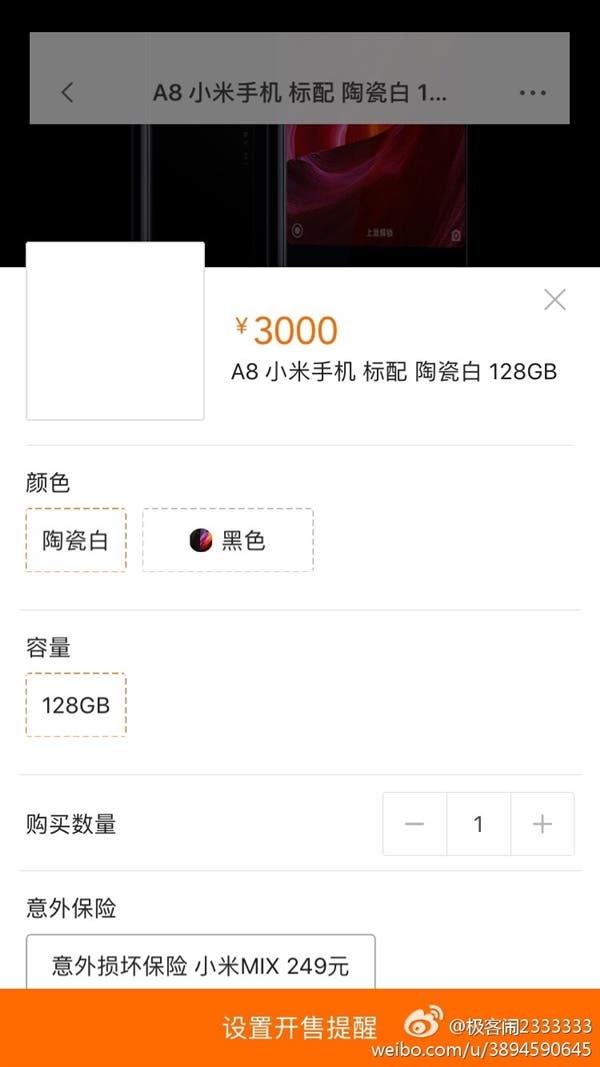 A white version of the Xiaomi Mi Mix has been spotted in the wild again, but also online with a new lower price point of only 3000 Yuan.

At this stage we don’t know if only the colour has changed of if the device runs slightly different hardware. Xiaomi have also been quiet on when we should expect to see it launched too.

Previous Xiaomi expands its range of air purifiers with one for your car!