Well seems like another manufacturer is joining the Year-end party with the last sales event of 2016. This time it’s Leagoo in cooperation with the Gearbest e-shop and the discounts should be more or less valid for their whole portfolio.

So you can get for a cheaper price all the most popular Leagoo phones in 2016 including for example the budget Leagoo M5 with MT6580 processor, the fancy bussiness-like Leagoo Venture, ultra cheap Leagoo Z5 or the current brand flagship Leagoo T1 Plus. It’s quite obvious Leagoo are oriented mostly towards the budget-minded customers so getting one of their phone won’t break your bank. 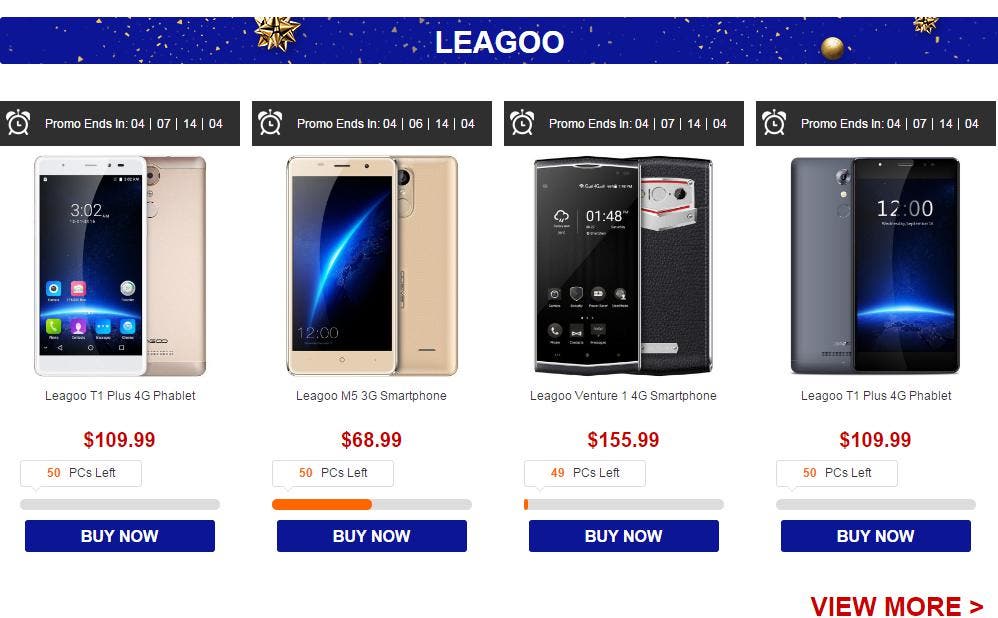 The whole event is not limited until the end of the year like most of the others so you can successfuly hunt for the discounted Leagoo phones up until January 3rd 2017. Just check out the full offer in here and maybe you will find something new to start the New Year with.