Well this seems to be interesting, don’t you think? According to a recent post in Korea Herald, LG plans to launch the upcoming LG G6 flagship with a QHD+ screen with 18:9 aspect ratio. The announcement was made yesterday by LG Display, stating that the wider screen would allow for a more immersive experience and would be optimized for multi-tasking and dual-screen functions. 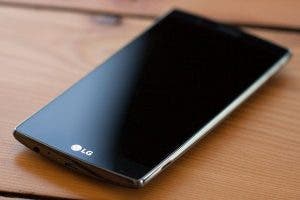 So according to what we know so far, LG’s next flagship will pack a 5.7-inch LCD panel with 1440 x 2880 resolution (this means 564 pixels-per-inch) and will make use of LG’s proprietary in-TOUCH technology that eliminates the need for another touch cover glass.

With out this glass, the new display will be significantly thinner (almost 1mm thinner), with even smaller bezels than previous models. So, with that said (or written) what do you think about the prospect of having a brand new LG G6 with a 18:9 display?

Let us know in the comments 😉

Next Meizu shipped over 22M smartphones in 2016, breaks record!