Things seem to be going really well for Meizu (at least during the past 12 months), if what the company revealed is true!

So, earlier today, during a special press event in China, Meizu officials revealed that the company managed to ship a total of 22 million units in 2016, making it a record breaking year, and crowning the Chinese company as one of the main telecom players in the country.

What’s more important however is that almost 2 million devices (10%) was sold outside China, in other countries, solidifying the company’s goal of expanding its market share in other markets such as India, Europe, USA. 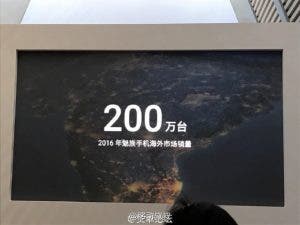 The officials of the chinese company promised to continue their efforts for this year, and they plan to announced 6 phones during 2017. Oh, one of them is going to be powered by a Snapdragon 625 SoC, since Meizu and Qualcomm have buried the hatchet!

Next Elephone eleCam Explorer S: A new 4K action camera on the way?