This one sounds interesting I guess. A mystery Xiaomi device appeared a couple of hours ago on the GFXBench database, running on Android 7.0 Nougat with really impressive (albeit confusing) specs. 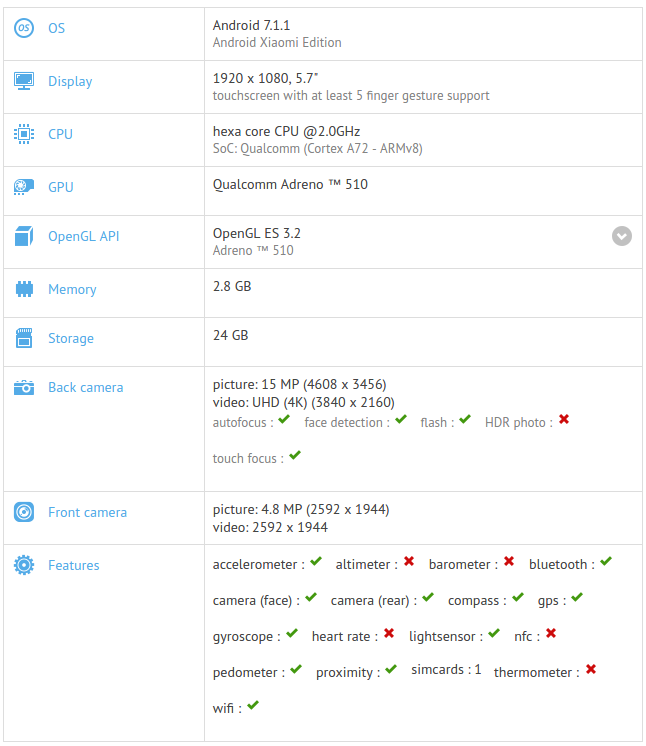 The listing mentions a Xiaomi smartphone with a 5.7 inch fullHD (1920 x 1080) display, along with 3GB of RAM and 32GB of native storage. It also states that the phone uses a Qualcomm hexa-core SoC with an Adreno 510 GPU, which is used by a Snapdragon 650 SoC – the same one that Xiaomi Redmi Note 3 uses!

According to the benchmark listing, the mystery Xiaomi device features a 16-megapixel snapper on its back, while a 5-megapixel camera is placed on its front side. I know that all of the above seem to be a bit confusing and not… accurate, so we face a dilemma: is this a Redmi Note 3 smartphone that runs on Android 7.1.1 and its specs have been intentionally altered, or is it a completely new Xiaomi smartphone that will soon be unveiled?

What do you think guys?

Sony H8521 Pro-A appears on GFXBench, next flagship from Sony?