We learnt a few days back about a new development in the Xiaomi camps, i.e., the new in-house Pinecone SoC.

News from China is that the SoC will now be announced on the 28th of February. There isn’t too much information available about the chipset itself, but according to sources in China, the in-house Xiaomi SoC will be used in the upcoming Xiaomi Mi 5c. 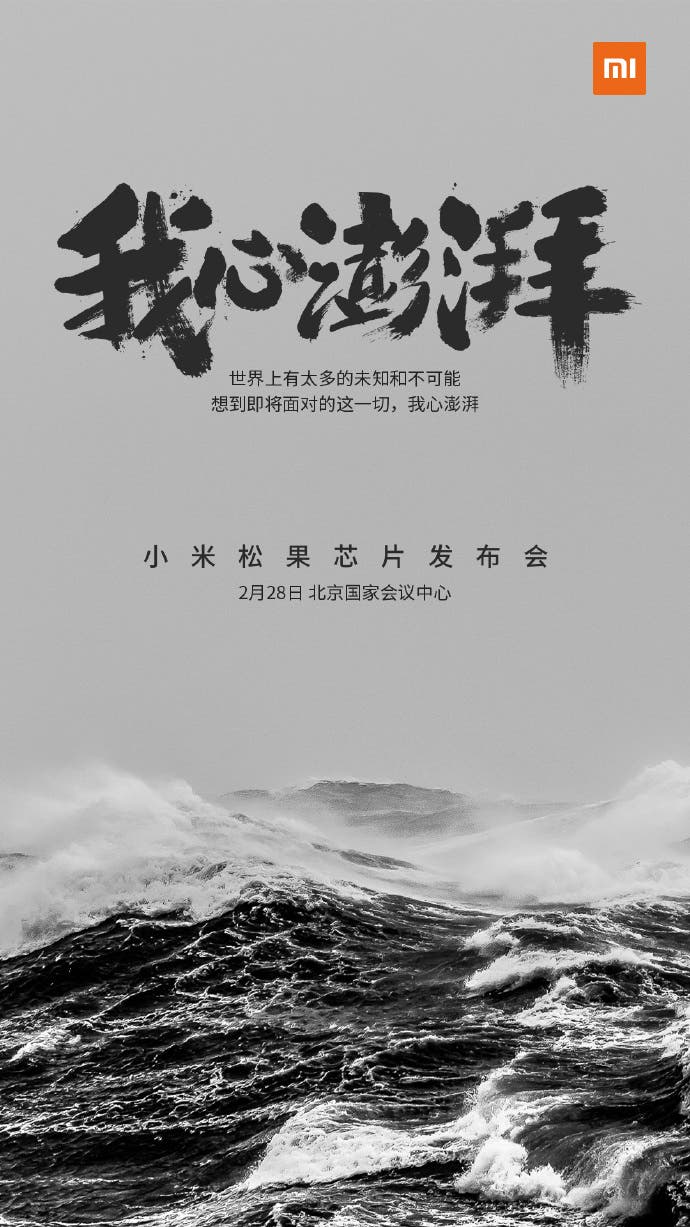 Coming back to the unveil, it will take place in the Chinese capital of Beijing at the Beijing National Convention Centre at 2pm on the 28th. You can expect Xiaomi’s social media to be flooded with information regarding the SoC around that time.

What we know so far is that the Xiaomi Pinecone SoC will come in two flavours — Pinecone V670 and Pinecone V970, with the former being designed for mid-range phones. The V670 is expected to be an octa-core Cortex-A53 arrangement (4+4), while the V970 (expected to ship Q4 2017) will have four Cortex-A73 cores along with four Cortex-A53 ones.

While this might look like just another smart move from Xiaomi, I think there’s more to it than what meets the eye. Given the legal troubles Xiaomi are having in India shipping their Redmi phones (they’re having to make special Snapdragon-powered variants for the Indian market), the Pinecone series could be the one that seals the deal for Xiaomi.

Next HTC One X10 images leak, ready for launch at MWC?