Samsung’s latest Exynos 8895 chipset seems to have been spotted in a benchmark result over on GeekBench. Samsung’s notoriously known for shipping their devices with two different SoCs depending on the markets. But thus far we’ve mostly focused on the Qualcomm Snapdragon 835 version, which from previous leaks we know scored 1929 points in single-threaded tests and 6084 under multi-core loads.

Well, how does the Exynos 8895’s Samsung Galaxy S8 compare to it then? Let’s have a look at its score. 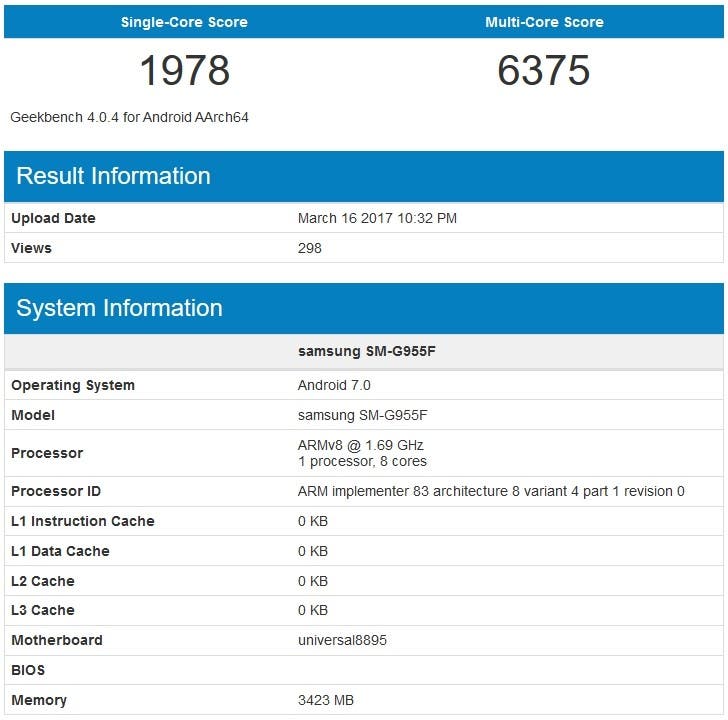 Knowing Samsung’s naming scheme we can safely assume the device in the benchmark is a Samsung Galaxy S8 Plus with 4GB of RAM (the 6GB version is said to be available only in China). By looking at the mere numbers, it’s obvious the Exynos 8895 outperforms the Snapdragon 835 by few points in single-core operations and slightly more in multi-core loads.

In the graph above we can also see how the Samsung Exynos 8895 scores more than the Huawei Mate 9 with the Kirin 960, the multi-core king up until now.

Either way, we only have to wait a few weeks to finally see one of the most awaited and leaked phones of the past years. What do you guys think about these scores? Which version would you get had you the option, Exynos or Snapdragon?

Next Google confirms Assistant is not rolling out to Android tablets