Qualcomm’s latest release, the Qualcomm 205 is going to cash in on low-growth, smartphone-saturated markets. The low-end 200 series Qualcomm “platforms” are aimed at low-end feature phones which still command a respectable share of the market in several countries.

The Qualcomm 205 platform supports robust feature phones that are the mainstay in places where infrastructure is sparse or expensive to maintain. In India, for example, feature phones still command a majority share of the mobile handset market. Qualcomm is keeping its feet rooted in the ground by supporting the unglamorous world of feature phones.

Ironically, topping the list of features supported by the Qualcomm 205 is Category 4 LTE (4G) which equals theoretical download and upload speeds of 150Mbps and 50Mbps, respectively. This may turn out be useful in the future but as of today, feature phone users are limited by either a landscape of 2G infrastructure or nostalgia invoking manufacturers. Case in point – Nokia 3310.

The platform will support Bluetooth 4.1 which is reasonably up to date for a low-end feature phone. Display and camera have really taken a beating in trying to make the Qualcomm 205 cost-friendly and compatible with multiple devices. Max display resolution is capped at 480p and the camera cannot exceed a measly 3 megapixels.

But then I suppose clicking selfies with feature phones probably isn’t a fad that is likely to take the world by storm. 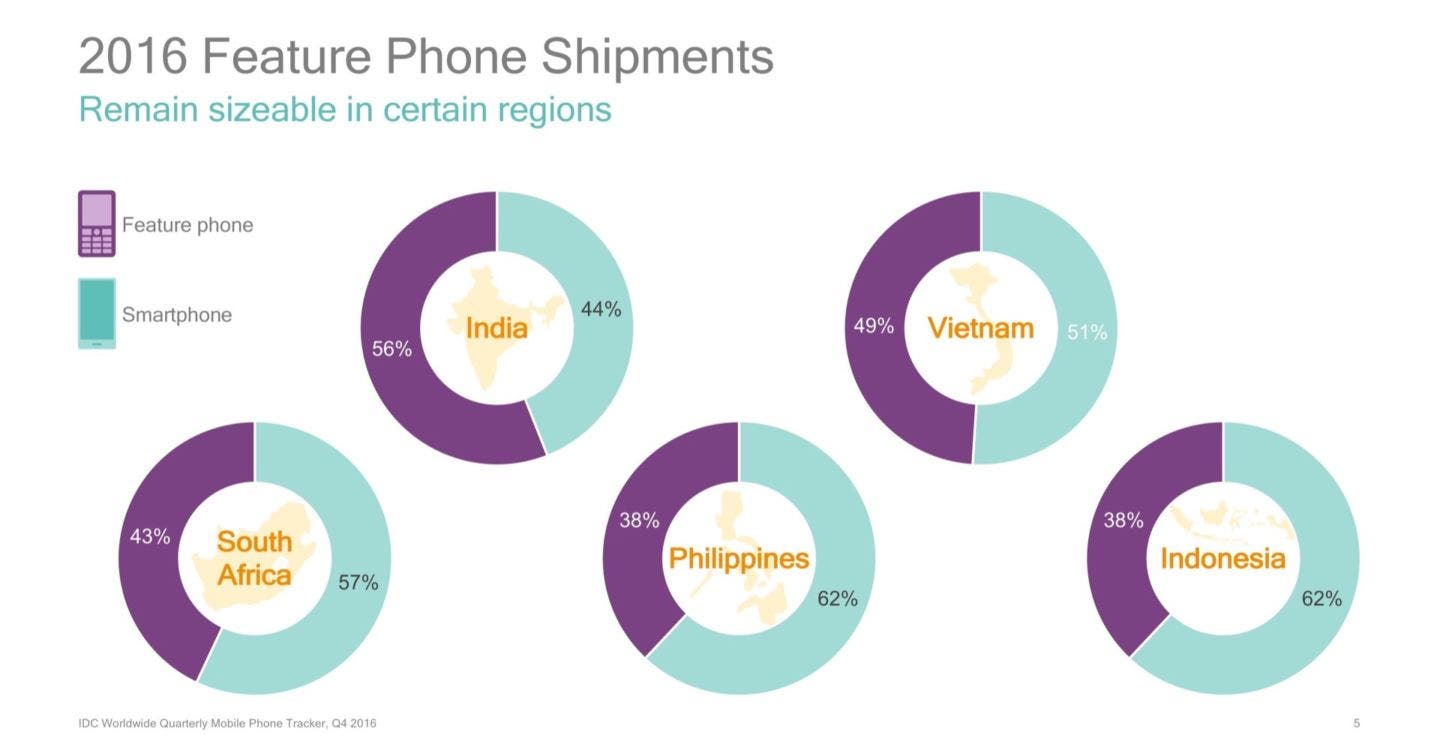 Options in the feature phone market are certainly diverse even if the market itself isn’t modern. That said, the Qualcomm 205 offers multi platform support including Linux-based operating systems including, but not limited to Android. Backward compatibility is important after all.

Probably the best feature that the new Qualcomm 205 can boast about is one that flagship smartphones would kill for. If they could that is. Skynet’s Judgement Day is definitely decades away… right?

45 days of standby, 20 hours of talk time and 86 hours of music playback. Ah! Such heavenly figures even though the Qualcomm 205 is just a dual-core 1.1GHz CPU.

The Qualcomm 205 will certainly cash in on the nostalgia market created by the launch of the Nokia 3310 which, incidentally, supports only 2G internet speeds. You will be able to grab your own Qualcomm 205 powered feature phone by Q2 this year.

Next Six extreme torture tests of Gretel A7 captured on video