They’ve already got a bezel-less phone under their belt, but could Xiaomi now have a folding phone in the works?

Xiaomi have been investing heavily in research and development and aren’t shy of creating devices, and smart home products that aren’t what its rivals are working on so what could be next for the brand?

Well if these patents are anything to go by then a Xiaomi folding phone could be the next phone to launch. 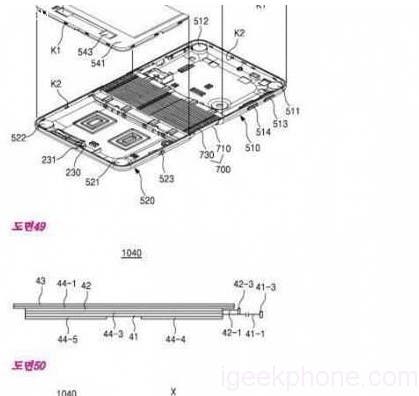 It’s not likely that we’ll see a folding Xiaomi phone anytime soon, or in fact ever, but the patent does show that ideas are brewing in the Xiaomi R&D centre.

Xiaomi’s patent isn’t to be confused with the old clamshell phones of the 90’s and is in fact more like the renders we’ve seen similar Samsung phones that actually feature folding screens.

Xiaomi’s patent shows that the phone would actually feature separate screens that fold around a central curved panel. This would give users a comfortable phone, and would mean that there would be no need to develop folding batteries or circuit boards.

As mentioned above, we have no idea if Xiaomi plans to release this phone, but it surely is an interesting concept.

Previous Is This The Best Xiaomi Mi6 Dual Camera Leak Yet?

Next Prototype of Elephone P25 captured on video