If you were hoping for the usual 1999 Yuan price point for the Xiaomi Mi6 you might be in for a bit of a surprise!

Online E-commerce giant, Jingdong Mall, have been teasing the launch of the Xiaomi Mi6 with a secretive image of the new flagship Xiaomi with a not so secretive price point! Chinese media reported that the Xiaomi Mi6 has appeared in the JD app with a price point of 3599 Yuan which at today’s exchange rate works out at approximately $522! That’s a considerable jump in retail price from the usual 1999 Yuan Xiaomi launch price. 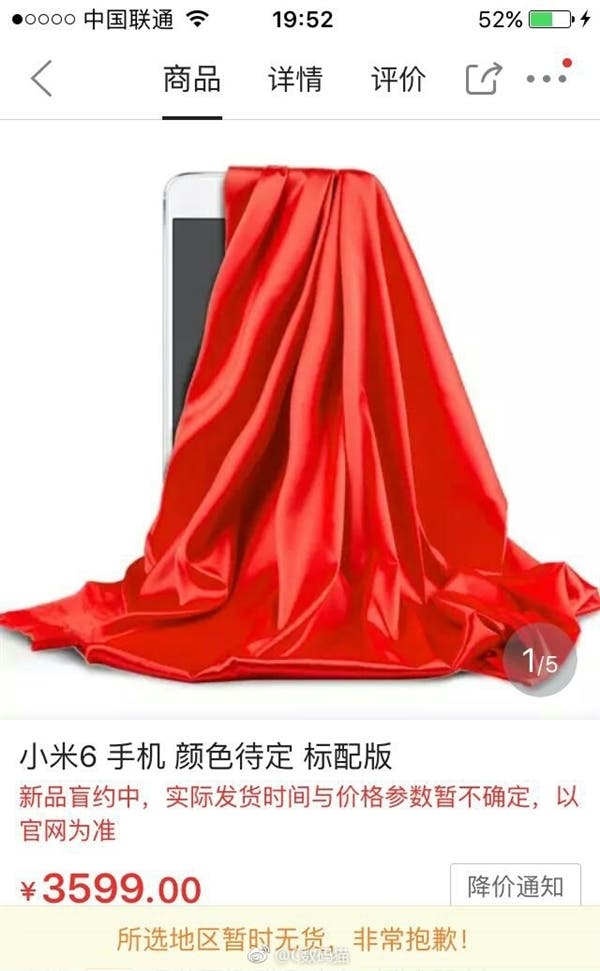 What the listing doesn’t show us though is which model this price is for and we might still have chance for the lower price. For all we know this price could be for an 8GB RAM 256GB memory version of the Xaiomi Mi6, meaning a 4GB RAM 64GB memory version could still cost only 1999 Yuan! 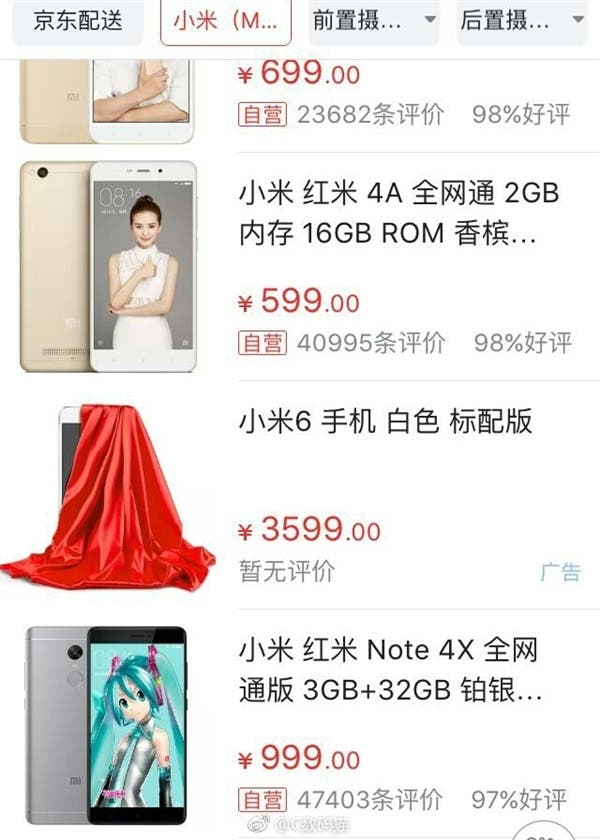 In other leaks today we saw that the Xiaomi Mi6 looks to have a flat screen rather than a curved 3D panel, and that the dual camera phone won’t come with a 3.5mm headphone jack. As for specs the only details which seem accurate are the use of a Snapdragon 835 chipset and dual Sony IMX400 rear cameras.