Roland Quandt was on fire yesterday and leaked some of the Huawei Matebook purported specs as they leaked on Geekbench. In case you don’t remember, Huawei made an effort last year to enter the tablet-laptop convertible market with its Matebook brand with significant success judging from the number of sales. 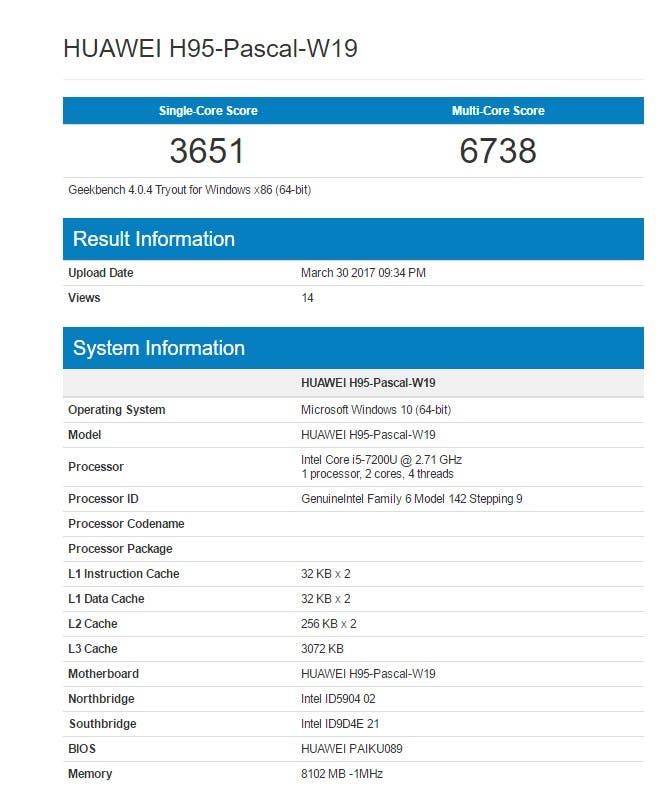 This year it seems that a new Matebook codenamed “Pascal” is in town, with model number HUAWEI H95-Pascal-W19. The device was benchmarked on Geekbench last week and today we’ve got its results, along with some of its possible specifications. According to those, this year’s Matebook comes with an Intel Core i5-7200U CPU locked at 2.71GHz and pacls 8GB of RAM, having scored 3651 points in the single-core test and 6738 points for the multi-core test.

According to the leak, this new Matebook will be available in two variants with 13 inch and 15 inch displays, but we have no idea – yet- when they will be unveiled by Huawei.

Next Oppo R9s Fresh Green version sold out in under 2 minutes!