As a little bit of surprise we have the latest Xiaomi tablet being launched today, without fanfares or any additional hype or fuss. Maybe they once again trying to copy Apple’s latest treatment of announcing the gutted “new ” iPads, who knows. But no matter what the Xiaomi MiPad 3 is officially out now and has plenty to offer actually.

Chinese tablet makers more or less completely abandoned the 4:3 aspect ratio 7.9″ tablets so it’s great to see Xiaomi sticking to their guns and releasing this in my eyes superior form. The display is the usual Retina one with 2048 x 1536 pixel resolution and 326 ppi. The build is once again a metal alloy build only 6.95 mm thin and weighing 328 g. So far it’s listed as available only in the champagne gold and remains to be seen if there would be any other colors later. 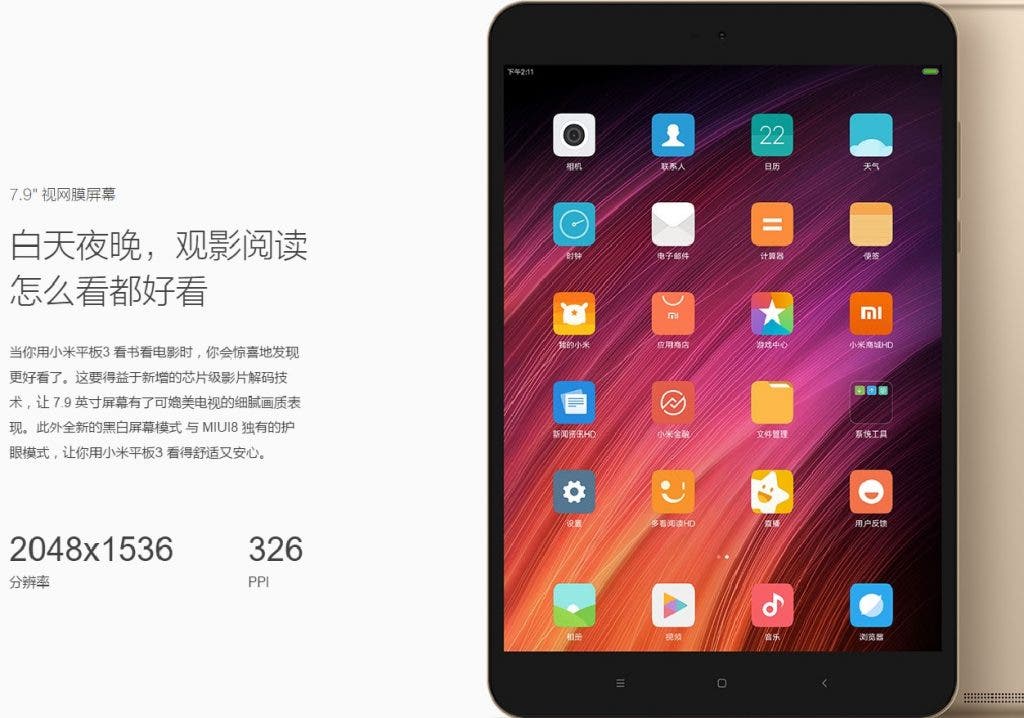 Inside the things are kept in check with a pretty powerful hexa-core MT8176 chipset with big.LITTLE architecture and top cores clocked at 2.1 GHz supported by the IMG GX6250 GPU. Memory capacity is also solid with 4 GB LPDDR3 RAM in dual channel 64 GB eMMC 5.0 as the inner storage, as usual no sign of the microSD slot for possible expansion. Cameras are 13 Mpix one with f/2.2 for the rear and 5 Mpix f/2.0 for the selfie front one, but no word about actual sensors used. 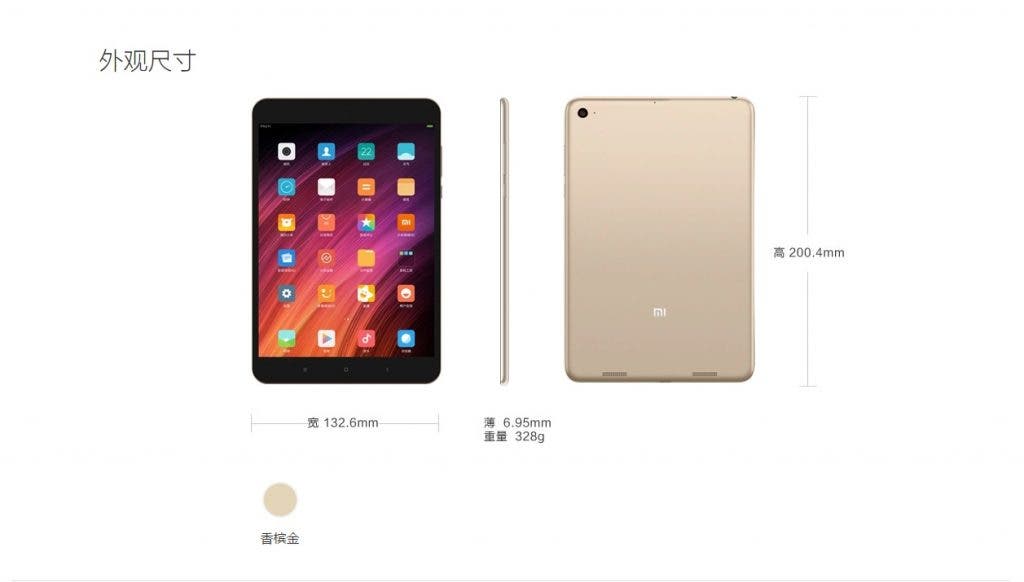 Battery capacity looks very solid with 6600 mAh and 5V/2A fast charging, doubt it can go as long as the 12 hours of video playback, but still. Charging is done via the USB Type-C port, which is the only port available on the chassis. So all the connectivity needs to be handled by the 802.11ac dual band Wi-Fi or low-power Bluetooth 4.1 tech. The tablet is running on MIUI 8 and because it’s running on ARM processor there won’t be any Windows or dualboot version coming later on. 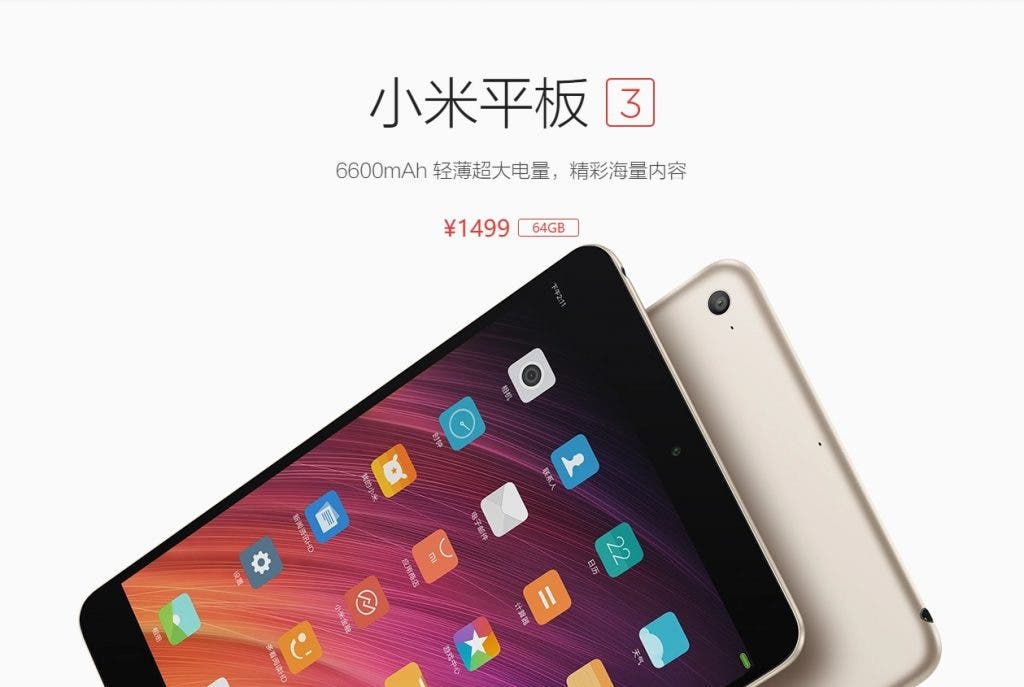 Pricing of the Xiaomi MiPad 3 will extremely competitive with an official price set at 1499 yuan (roughly $217) and it should go on sale already tomorrow April 6th at 6pm through various chinese channels. International availability will certainly follow soon too.