In case you forgot about it, Xiaomi Mi 6 is officially meeting us tomorrow, at 2 PM China time, but a few hours ago a leaked poster of the upcoming model hints at its three available colors: white, black and blue! 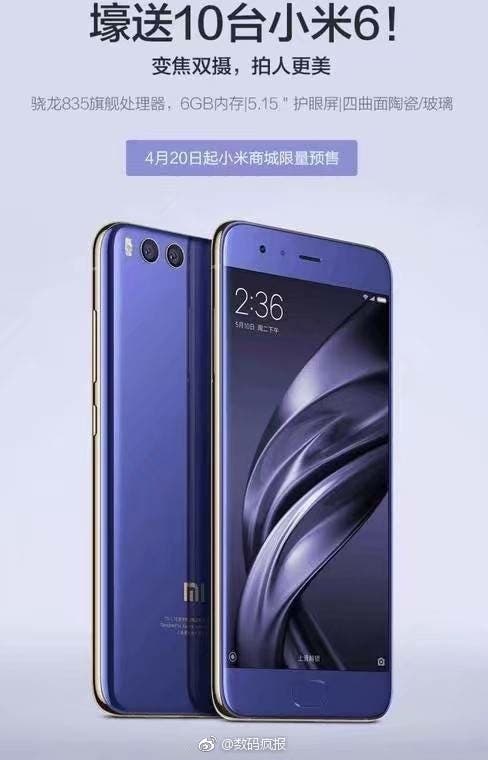 It’s the first time a flagship model of the Chinese company will be available in this color and this decision surely looks correct given the fact that people tend to choose other colors now for their smartphones – more vivid ones than black or white. The leaked poster also confirms that the device will pack a dual camera on the top left corner along with dual LED flash.

It will have a really thin set of bezels on both sides,  but the top and bottom bezels are still pretty thick – as most previous leaks suggested unfortunately. The leaked poster reveals also that the upcoming Xiaomi Mi 6 model will be equipped with a Snapdragon 835 SoC, along with 6GB of RAM and a 5,15 inch display.

That’s all for now, we’ll make sure to let you know all the official specs od the device tomorrow, during its official unveiling event, scheduled for 2 PM China time.

Next Upcoming Blackview BV7000 to feature NFC and Android 7.0