After almost 2 weeks of waiting (and some complaints from plagued users) it seems that Samsung began rolling out the most awaited red tint fixing software update for the Galaxy S8 and Galaxy S8+ models. 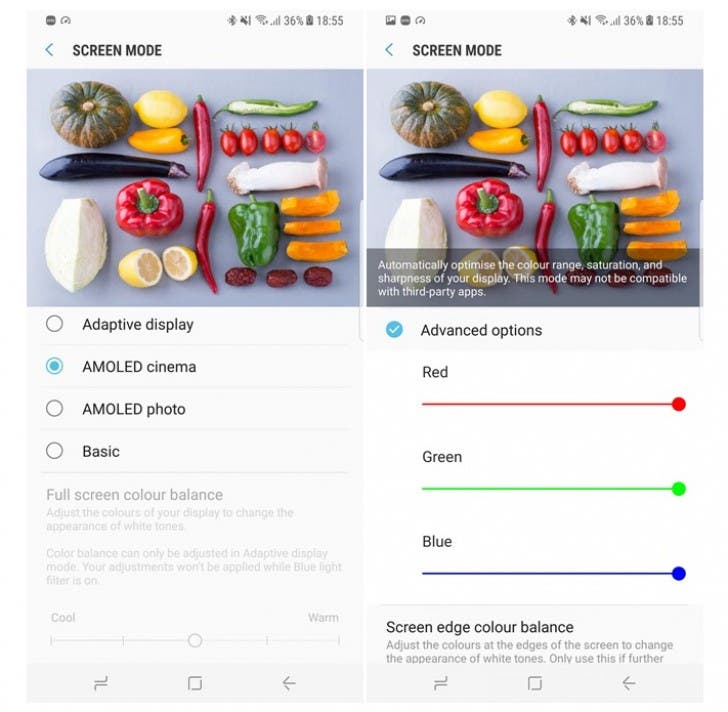 The much anticipated update has already reached the home market of the company (S. Korea) and for the S8 model it comes with firmware version G950NKSU1AQDG, while the S8+ gets G955NKSU1AQDG.

According to Samsung, this update brings a new extra setting in Adaptive Display screen mode that allows the user to adjust the color balance in a way that possibly solves this issue. If – however- users are not happy with with their colors after applying this update, then Samsung has apparently announced that they would replace all the affected devices.

How about it? Do you own a red tint plagued Samsung Galaxy S8? Does the update work for you?