Ulefone are doubling down on their deals and offering the two homemade battery phones — the Ulefone Power 2 and Tiger — with huge discounts on Aliexpress’ Group Deals. 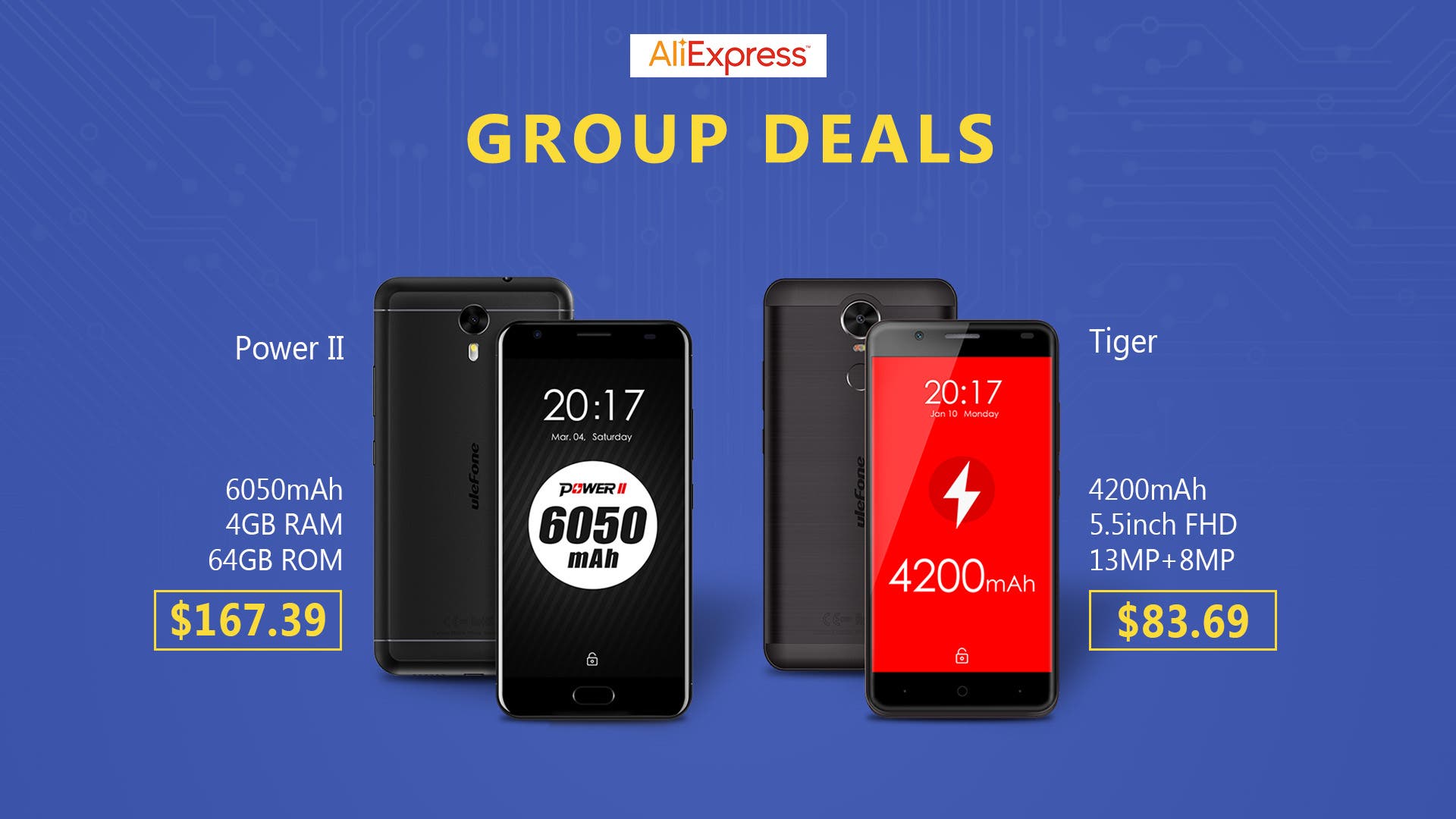 In this special promotion, their latest Ulefone Power 2 will be available for $167.39, including a phone stand, leather case and a tempered glass screen protector, for an estimate worth of $40. The Ulefone Power 2 features a 5.5-inch Full HD display and packs a massive 6050mAh battery, a MTK6750T octa-core 1.5GHz CPU, 4GB of RAM and 64GB. Cameras are 16MP on the back and 13MP for the selfie shooter, the phone also sports a front-facing fingerprint scanner; in this deal you save $12 off presale price.

You have time until the 10th of May to get either of these phones, Ulefone say they’re in stock, so shipping will be without delay.