Think “Rugged Phone” and an image of a bulky smartphone with underpowered hardware might come to mind, but not so with the AGM X1.

AGM is keen to point out that the AGM X1 isn’t just your regular rugged phone, but actually a capable device with high-end features and a more impressive design than you might expect.

We’ve already touched on the fact that AGM has built the first IP68 smartphone that boasts dual rear cameras, and the fact that unlike many Chinese phone makers, AGM is working with Qualcomm so that they could spec the Snapdragon 617. 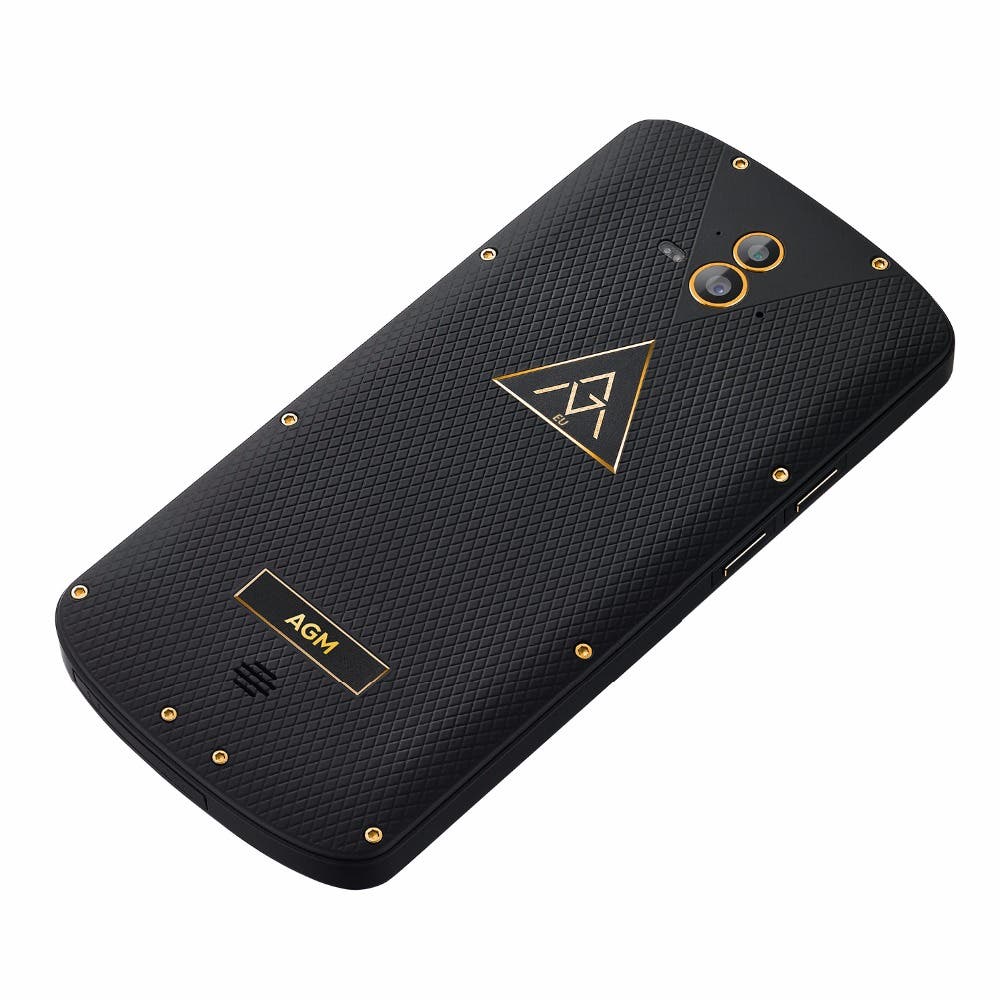 AGM is now hoping that the specs can now steal away potential Xiaomi Mi6 customers. The combination of Qualcomm chipset, dual cameras, and a waterproof design are specs that AGM think could cause issues for Xiaomi in the international market.

To further tempt potential customers, AGM has also just released a special edition variant of the phone that comes with 18K gold highlights. Real gold isn’t something we would normally see on a rugged phone, but even more rare on a phone costing only $269.99.

Customers wanting the gold edition AGM X1 should act quickly as pricing will increase $30 after 17th May. Head over to Aliexpress or Coolicool for more details.

Next Oukitel U11 Plus first hands-on video, presales start this week