Famous leakster Evan Blass already helped to reveal quite some new phone models and his latest finding shows up an iPhone 7 Plus lookalike in the form of the upcoming Leagoo M7. Yes it looks like a sponsored tweet, but at least he got surely the specifications right. 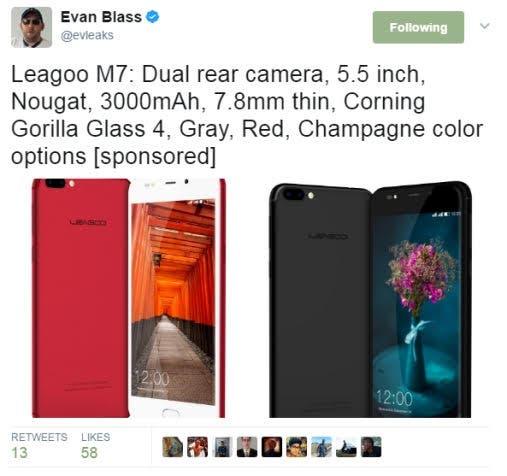 Leagoo are in general focused purely on the budget and lower-midrange segment of the market so we can safely assume the hardware of the upcoming Leagoo M7 will be following the same pattern, but so will the price. The launch is already set to May so we should see the exact specs and pricing released really soon anyway.

Previous Bezel-less Maze Alpha will be released in June