The Nubia Z17 was announced on June 1, a phone with some beefy specs and top of the line technologies. And like it’s sibling, the Nubia Z17 Mini, the Z17 is being sold off in not minutes, but seconds. The phone was launched to consumers​ today on Jingdong and Nubia’s official site. And according to Jingdong, they sold off about 10k units in less than 60 seconds.

The last time too, when Nubia launched the Z17 Mini, it blew all the competition out of the window. Under 4 minutes the Nubia Z17 managed to break Jingdong’s single product first sales record in the mobile phone category. 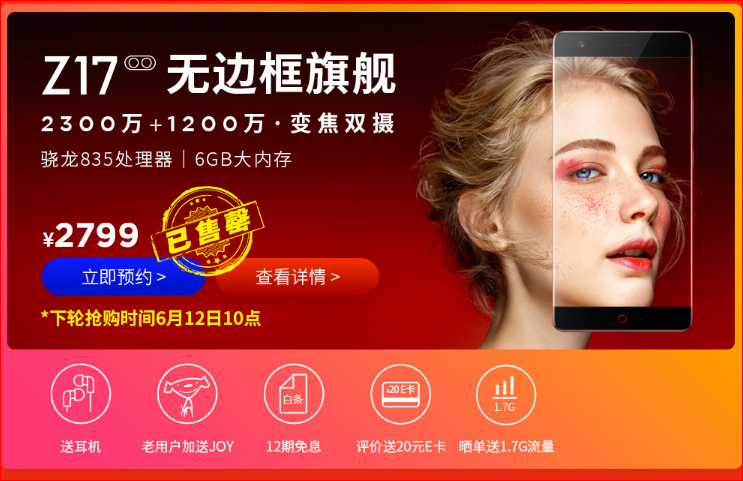 Not just this, the Nubia Z17 has launched with features that are second to none, with it being the first phone to support Quick Charge 4.0, even if it doesn’t ship with a charger for the same.

Nubia is offering the devices at prices that are actually hard to ignore. With top end specs and a pricing strategy like that, the Z17 might just end up breaking many other records. The Z17 is slated for a second sale June 12 at 10 AM (CST). Grab yours now!