Wearable manufacturer, Zeblaze has unveiled an all new smartwatch designed for those who enjoy the rugged outdoors.

The company has obviously seen the growing interest in rugged Android handsets and decided to add tough features to a wearable that can survive the rigours of living in the wild on a day to day basis. 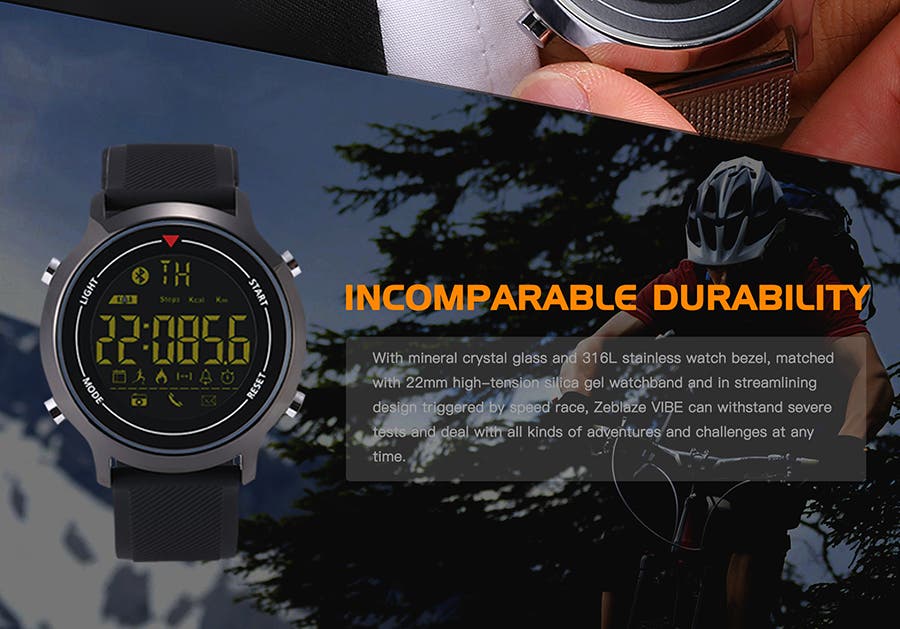 The resulting wearable is the Zeblaze Vibe, a smart wearable that has been specifically designed for pursuits like hiking and camping that features a durable design and additional features that outdoors people will benefit from.

Zeblaze has built in the usual step counting pedometer features, the ability to monitor distance covered in KM and a calorie counter, but in addition, the Vibe can also tell the wearer when the sun will rise and set so that hikers can be sure of enough daylight to get to where they want to be. 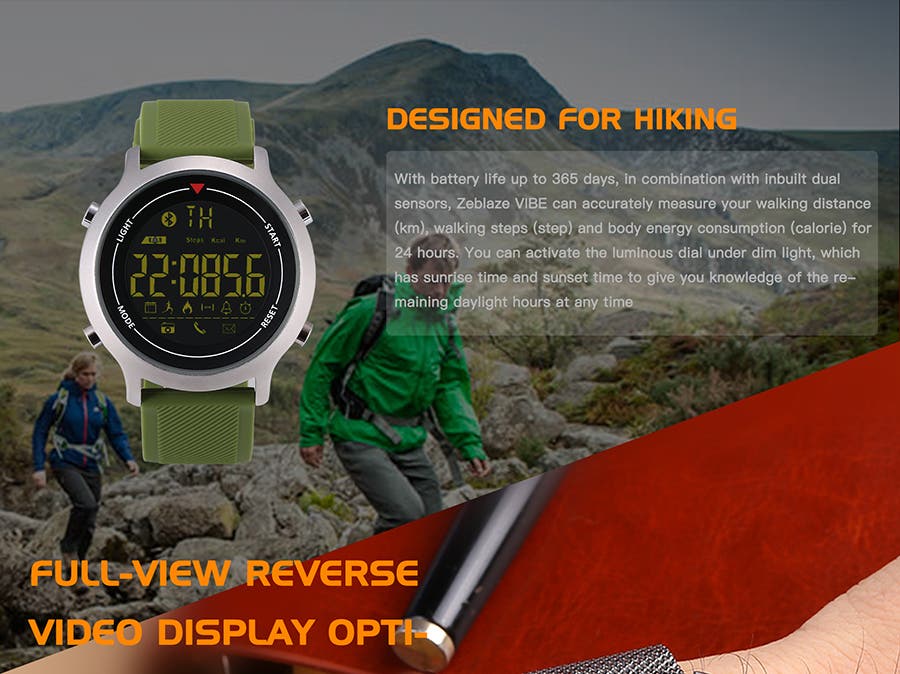 As you would expect from a wearable with rugged ambitions, the Zeblaze Vibe also has very long battery life with Zeblaze claiming that the battery will last 365 days even when used for 24 hours a day! Impressive stuff.

We’ve taken a look at the Zeblaze website but the Vibe isn’t yet listed yet, so we’ll keep you posted with launch and pricing details as we learn them.