A mystery smartphone bearing the code name ZTE A2018 appeared recently in the GFXBench database, providing some impressive yet-mid range specs. The device is rumored to be the upcoming ZTE Axon 8 model, and according to its listing, it’s equipped with a Snapdragon 820 SoC, 4GB of RAM, 128GB of internal storage space, in addition to featuring a 5.5-inch QHD display panel with a resolution of 2560 by 1440 pixels! 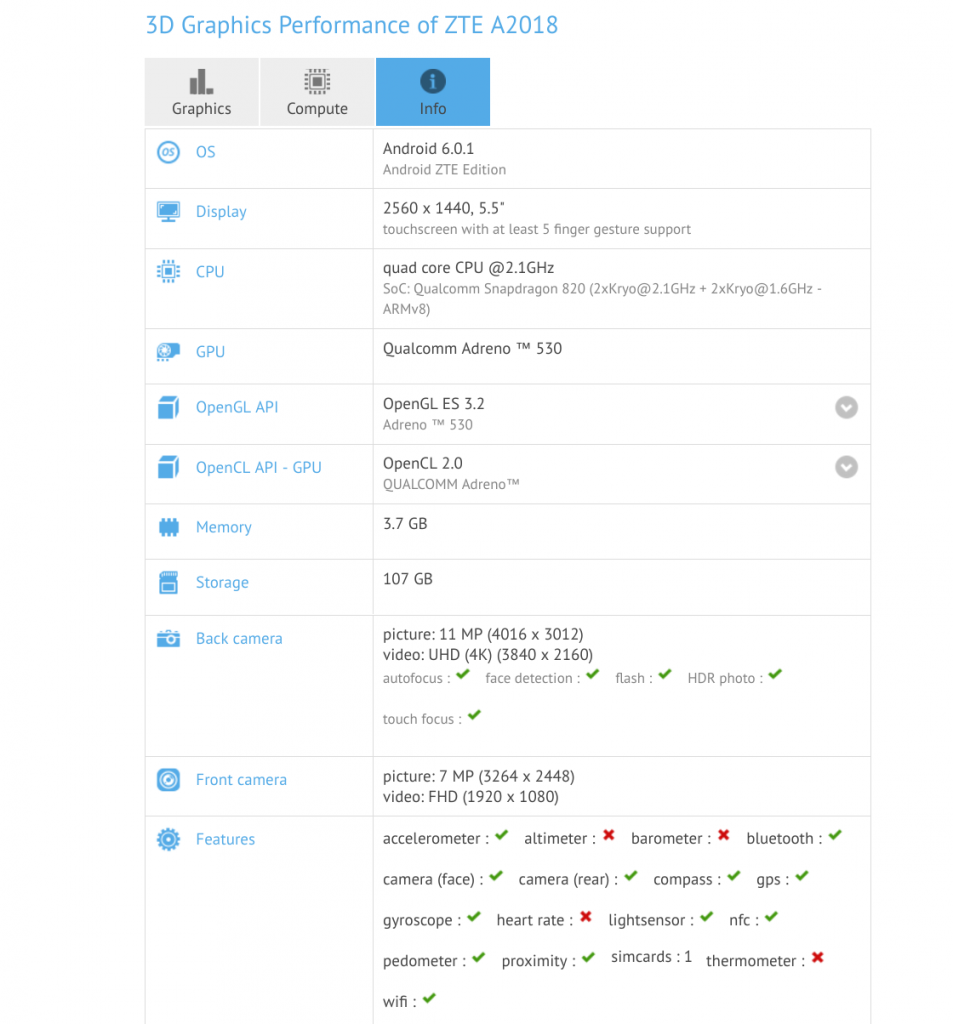 The GFXBench listing also reveals that the alleged ZTE Axon 8 will be equipped with an an 8-megapixel front sensor, a dual camera on its back, with 20MP+12MP lenses – not confirmed yet and a fingerprint reader located on its rear side.

We have no more information on this mystery model, but given the fact that last year’s ZTE Axon 7 was unveiled in May 2016, then we can only wait for its successor to make an official appearance soon.

Previous Opinion: Why does Xiaomi repeatedly use the Snapdragon 625?