It was about time I guess! We’ve heard (and read) a lot of things about the upcoming LG V30 flagship so it was just a matter of time to spot it on Geekbench for the necessary benchmarks. 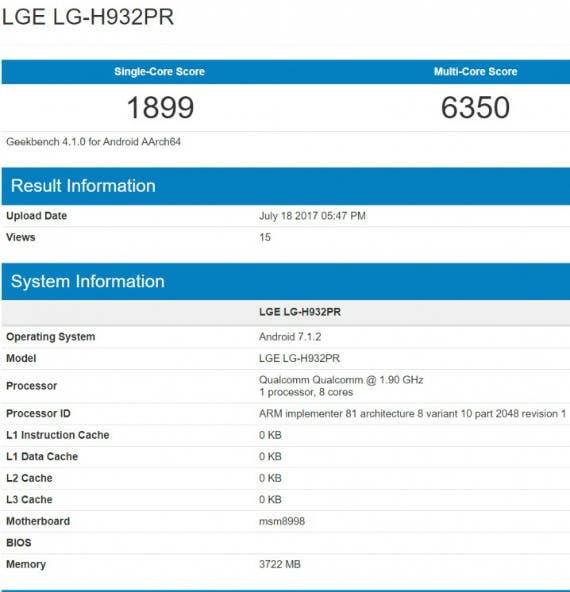 The most awaited flagship was spotted earlier packing a Snapdragon 835 SoC along with 4GB of RAM (yes only 4GB RAM, at a time when its competitors have already launched 6GB RAM (Xiaomi Mi 6) and even 8GB RAM smartphones (such as OnePlus 5, Nubia Z17). During the benchmark, the device ran the very latest Android Nougat version 7.1.2 and while the device’s multi-core result is well around the 6,300 mark, it technically didn’t beat the Xiaomi Mi 6’s score of over 6,700.

According to recent rumors, the LG V30 will have a new integrated design, with a non-removable battery, and a 6 inch FullVision OLED display, along with IP68 certification for water resistance and wireless charging capability.

We expect to see it officially on August 31, one day before IFA 2018 kicks off.