Remember back in July when Evan Blass leaked an image of the purported Moto X4 model, taken from a screenshot of a private presentation of the device? Well forget anything you’ve seen so far and focus on that image, because that’s the original design of the upcoming device.

Hardest part of this is admitting you had bad information – or an early render. I've seen the Moto X4 final design – it is indeed this one. pic.twitter.com/lHsaLWtckK

It’s always hard to admit when someone is wrong (or has bad information) but Evan Blass did it and that’s good for him. So according to THAT image, the upcoming Moto X4 will maintain the circular design which seems to be the standard for all Motorola phones, but this time it will come with a LED flash positioned at the top instead of the bottom and the area round the sensors won’t be coated black. 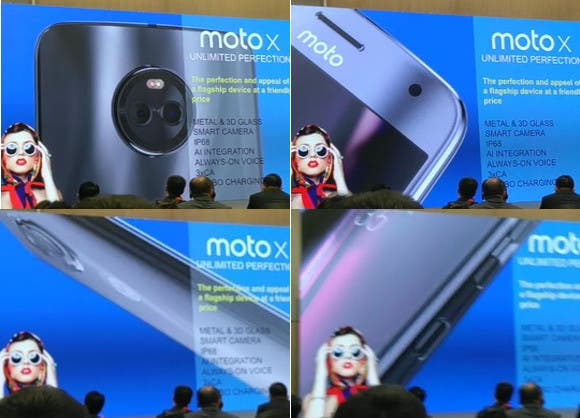 Evan Blass insists that the device will be made out of glass (covered by it to be precise) and it will pack a front-mounted fingerprint scanner along with an IP68-rating for water resistance mainly. We expect it to pack a 5.2-inch display along with a Snapdragon 630 chipset and a 3000mAh battery. It dual cameras are said to be a combination of a 12MP main sensor and an 8MP secondary sensor. The upcoming model should be available in two variants – a 3GB RAM +32GB model and a 4GB/64GB model.

It should be priced at €350 for the most affordable variant.

Next Alcatel Idol 5 hits FCC, and we've got proof