Things are becoming more clear about the upcoming Galaxy Note8 model day by day as you can see. Earlier this week, tipster Evan Blass (@evleaks on Twitter) shared his detailed spec-sheet for the upcoming Samsung Galaxy Note8 phablet, scheduled to appear in the coming weeks, revealing that it will be equipped with a 3,300mAh battery. 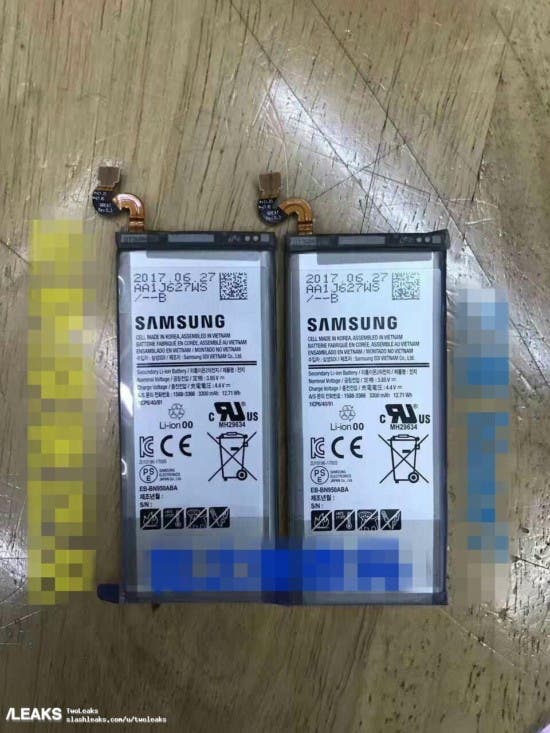 Earlier today, an image rumored to show a couple of Note8 batteries surfaced online, basically confirming the 3,300mAh capacity and the leakster’s sources. Just for comparison reasons, note that the Galaxy S8 packs a 3,000mAh battery, while the S8+ comes with a 3,500mAh battery. The discontinued – explosive- Note7, on the other hand, also had a 3,500mAh battery powering it, while the Galaxy Note FE has a 3,200mAh battery inside it.

We expect to see the Samsung Galaxy Note8 officially on August 23.

Previous Philips S310X shows up on TENAA for certification