It seems that Huawei is preparing to launch a new variant of the well known MediaPad T3 7.0 tablet, a device that was launched back in May this year. The new tablet comes with a model number of BG2-U01 and it’s powered by a quad-core 1.3GHz CPU, sporting a 7-inch display of 1024 × 600 pixel resolution. 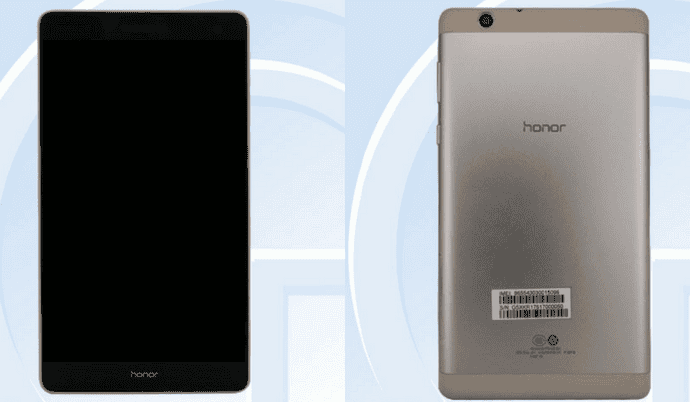 According to its TENAA listing RAM is 2GB, while storage is 16GB. The mid-range tablet packs a 2MP rear and 2MP front camera, while measuring 187.6 x 103.7 x 8.6 mm and weighing in at 275g. It runs on Android 7.0 Nougat and packs in a hefty 4,000mAh battery. One of its most significant features is its cellular connectivity – it is compatible with both GSM and WCDMA networks (no LTE unfortunately). 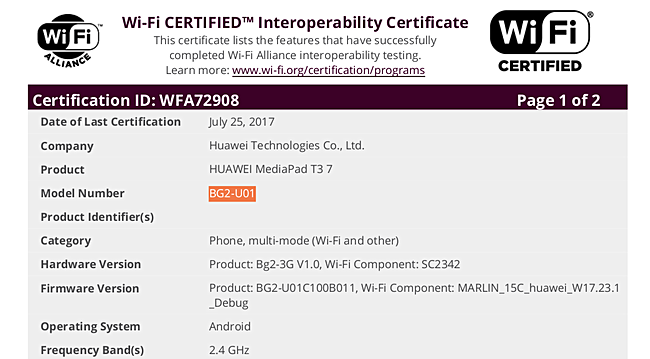 Aside from TENAA, the tablet has also received WiFi certification from the WiFi alliance under the name ‘MediaPad T3 7’.