We received fresh news about the Meizu M6 Note two days ago, and now Meizu has started sending out press invites for the launch scheduled on the 23rd of August. This was very unexpected as there was no word or indication from Meizu regarding the launch of the smartphone.

Just two days ago, the Meizu M6 Note leaked in pictures which showed the phone along with a detailed description of its specs. The M6 Note will have a 5.5 inch 1080p LCD display. It will be powered by the octa core MediaTek MT6757T aka Helio P25 chipset coupled with 3GB of RAM and 32GB of onboard storage. There are reports stating that there will also be another variant that boats 4GB RAM and 64GB storage. Both of them will be powered by a 4000mAh battery. 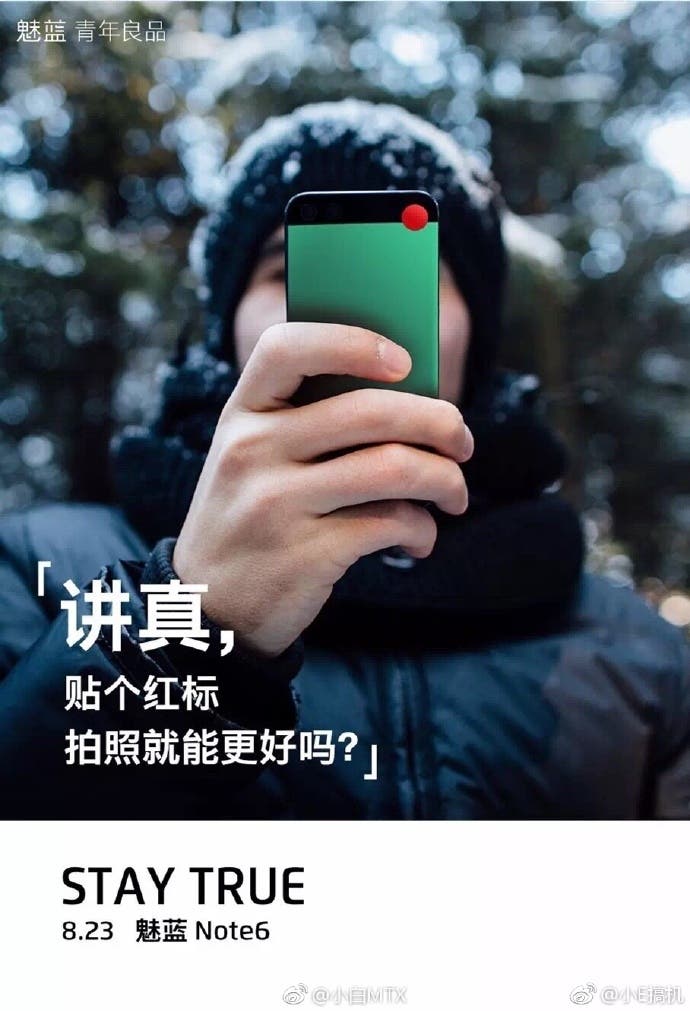 One of the posters show a man holding a phone that looks more like an Apple iPhone 5S with a dual camera setup and a green colored back. It’s hard to say if the Meizu M6 Note will have a similar design or not, but there are reports that indicate the presence of a dual camera setup.

Scheduled for launch on the 23rd of August, the M6 Note will be unveiled at the Beijing Performing Arts Centre with the theme-“Stay True”,which seems to be the tagline for the smartphone. Watch this space for more!