Bluboo just released a video showing off all the different features you get running 360 OS on their latest Bluboo S8. The video is divided in five parts, one for each main feature; let’s check them out in the video below.

The video begins with a first hands-on look and then we’re shown all the accessories that come in the box. After that we finally get a tour of the 360 OS.

So, the first thing they show us is “Full screen mode”, you active this mode while watching videos and when you do that the video will take the entirety of the screen. That doesn’t usually happen as videos are in 16:9 while the display is 18:9.

Next we have a look at what Bluboo calls “Freezer”. This appears to be a “folder” where you put in the apps you don’t want to run in the background. So this should allow you to save RAM and lower power consumption.

The third feature includes all the way you can snap screenshots. You firstly swipe down using three fingers and then decided which kind of screenshot you want to take.

Fourth we have the handy multi-window mode which allows you to put two apps side by side. This is really useful if for example you want to watch a video on Youtube and chat to somebody on WhatsApp at the same time, this feature will allow you to do so pretty easily.

Lastly, we have FreeShare, a really smart way to share files between phones. You simply select what you want to share and then generate a QR code, the receiving phone will then scan the code and download all the files.

Overall 360 OS appears to be a really feature-packed operative system, whether that’s better or worse than stock Android is up to you! 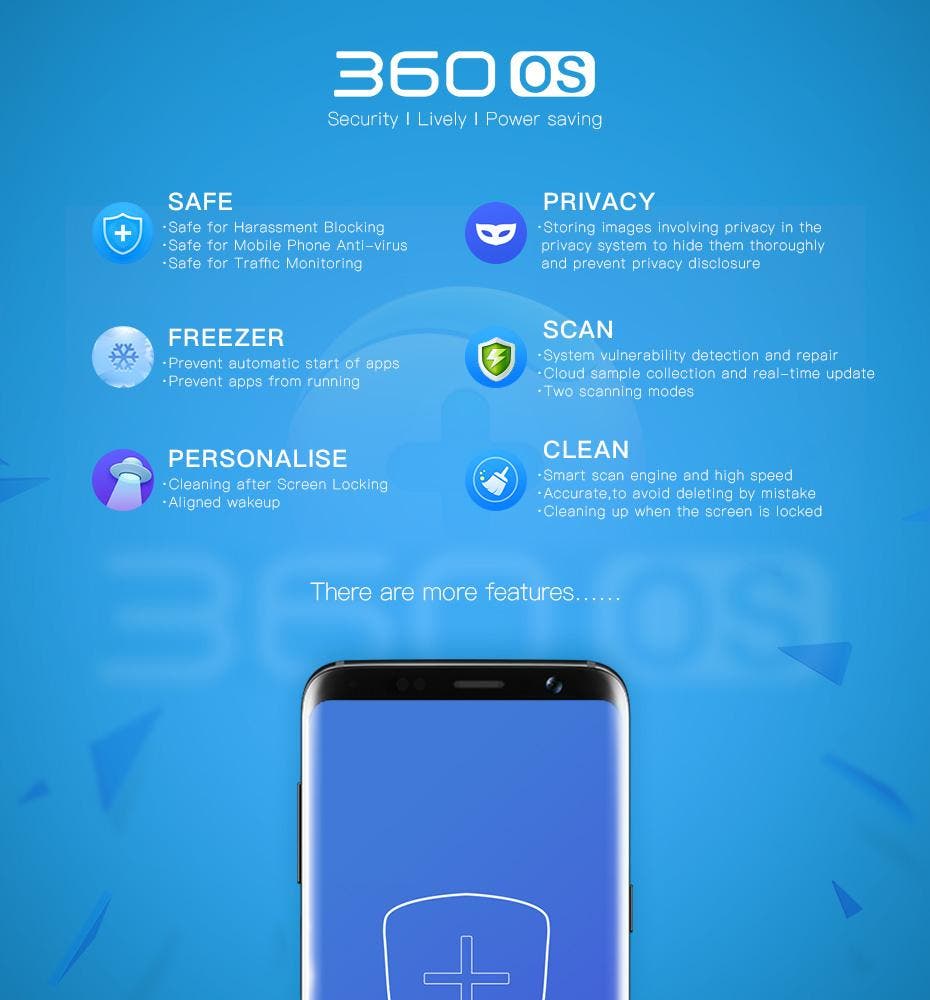 The Bluboo S8 is currently on sale over at Banggood, click here if you’re interested in getting one.