Well yes, this could be fake, but for the slim chance it isn’t, we are posting it OK? A leaked set of screenshots appeared earlier on Weibo revealing some impressive new specs of the upcoming Xiaomi Mi MIX 2 model, scheduled to be unveiled officially on September 11. 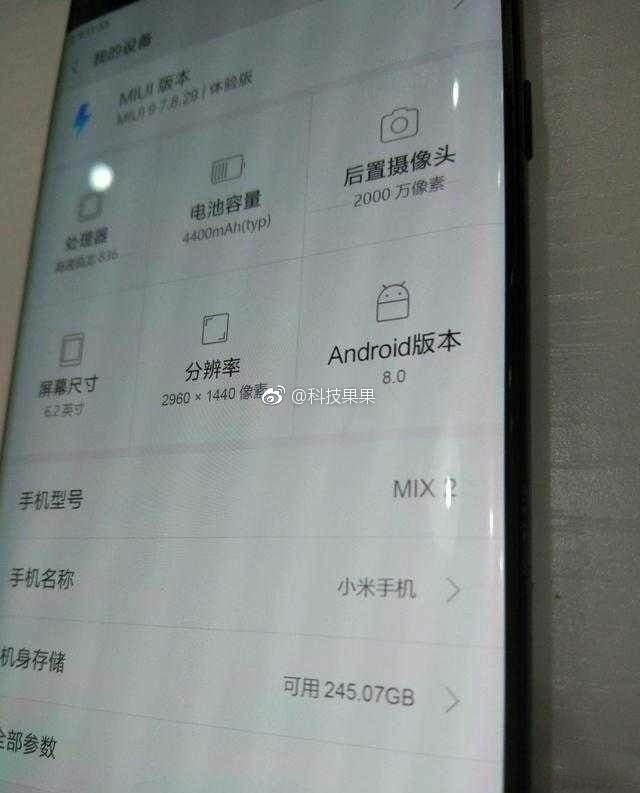 According to the screenshots, the device runs on Android 8 Oreo, with MIUI 9 on top, it has a 6.2 inch bezel less display with a resolution of 2960 x 1440 pixels as well as a 4,400mAh battery and 256GB storage. The screenshot also reveals the Mi Mix 2 will come with 20MP rear camera, perhaps on its main sensor because the Mix 2 is expected to pack a dual camera setup at its rear. 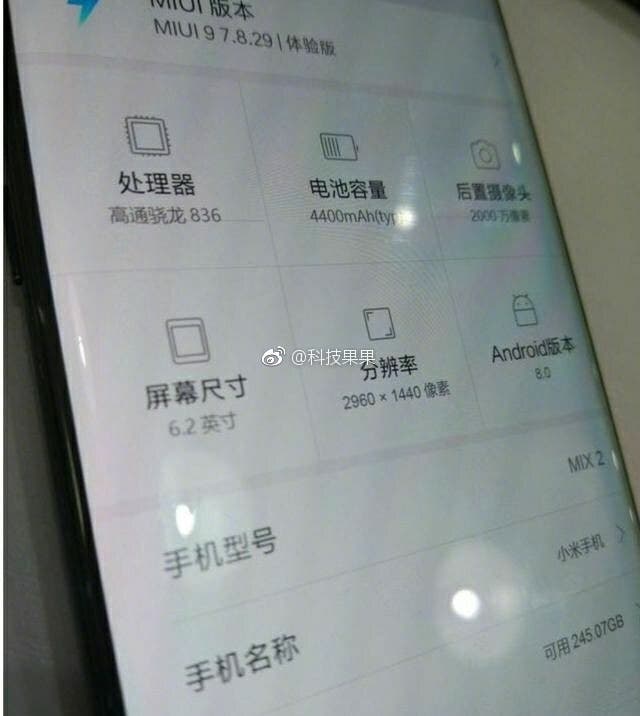 The same screenshots hint at the use of a not announced yet Snapdragon 836 chipset, that’s rumored to be an overclocked variant of the well established (and most powerful) Snapdragon 835 SoC. However it hasn’t been made official yet so this… looks sketchy for the credibility of the screenshots (unless Qualcomm makes an announcement in the coming days of course).

As we told you at the beginning, all of the above seem to good to be true, but are still possible to happen. Take them with a pinch of salt and wait until the 11th of September to see what happens, OK?

Next Sharp plans to launch phones in Europe next year