It seems that Xiaomi is ready to make good on their promise for a global launch of the Mi A1 model, in the coming days. The Chinese company had already announced that the Xiaomi Mi A1 would be available in 37 countries all over the world, and today they began with India – even though the number of available units is really low for the time being. 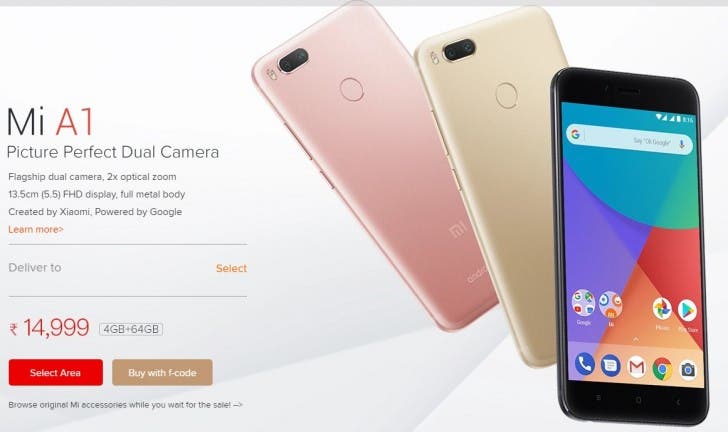 Our information suggests that so far the phone is available in just one configuration in the country: 4GB+64GB and it costs 14,999 INR (€195) – which is down from the announced price of 15,999 INR.

You can pre-order the Mi A1 through Xiaomi’s website, Flipkart and a few local retailers like Sangeetha, Poorvika, Big C, LOT, UniverCell, E-Zone and Croma.

In case you missed it, the Xiaomi Mi A1 was announced a couple days ago, and it is identical to the Xiaomi Mi 5X only instead of MIUI 9 it uses stock Android 7.1.1 Nougat.

Next Vivo X20 Mars Edition variant coming along with the original