News in today reveals that Face ID won’t be available on just the new iPhone X, but Chinese brand is also planning to release phones with similar technology.

When it comes to high-tech face recognition hardware you might think that it’s one of the big names like Huawei, Xiaomi, Oppo or Vivo will be among the first to rival Apple, but that’s not the case here and we find that DOOGEE is the one with the tech! According to new details revealed today, the DOOGEE Mix 2 will support a similar face recognition ID system as the new iPhone X. According to the following information, DOOGEE is using the front-facing camera on the Mix 2 to use 3D facial recognition. We’re not sure how DOOGEE has implemented depth measurements with just the front camera, but perhaps it has has something to do with that second front 8 megapixel camera above the display?

Much like the iPhone X, the DOOGEE Mix 2 will also rely on the user having his or her eyes open for the system to work, so your phone won’t be easily unlocked when sleeping or just closing your eyes will prevent anyone else getting access to your phone.

It remains to be seen just how good the DOOGEE Mix 2’s Face ID alternative will work, but we’re sure demo videos of the tech will be released in the near future. 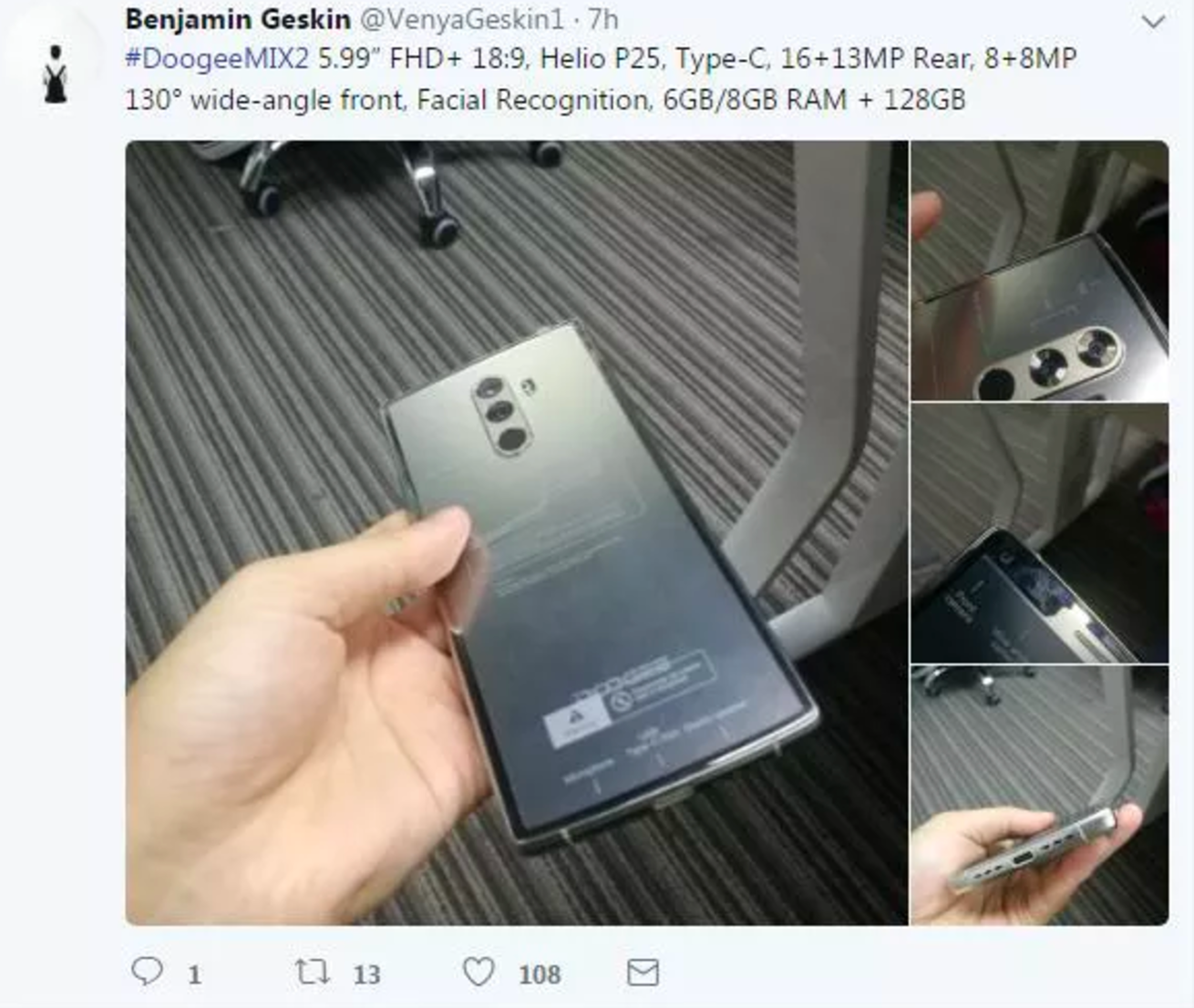 As for the rest of the DOOGEE Mix 2 spec, well this phone will get a 5.99in edge-to-edge display, FHD resolution, Helio P25 chipset, Type C USB, 16 + 13mp rear camera, and dual 8 megapixel front cameras.

We’ll have to wait until later in the year before the DOOGEE Mix 2 is available, but we’re sure to learn more about this range-topper before launch so stay tuned.