Huawei mobile will be launching its much-awaited flagship mate 10 series, in few hour and Jingdong Mall in a calculated attempt to clearing the stock of previous flagship Mate 9 has announced a price cut for the flagship mate 9 in the Chinese Market.

The smartphone previously available on Jingdong Mall at $490 will now be available for ¥2899 (∼$440) for the 4GB RAM + 32GB ROM Moonlight Silver variant while Amazon has also listed the 64GB RAM version for $450 in either Moonlight Silver or Space Gray. The Amazon variant is said to come with Amazon Alexa assistant but works with AT&T and T-Mobile only.

Please do bear in mind that the price cut is only for the above variants listed only on Amazon and Jingdong Mall, other stores including Huawei official online store still sell normal price.

Announced back in November 2016, the Mate 9 is one of Huawei most sophisticated phone till date. It packs a 5.9-inch 1080p display with 2.5D glass and powered by Octa-Core HiSilicon Kirin 960 SoC with IntelliSense i6 sensor hub and runs on Android 7.0 (Nougat) with Emotion UI 5.0 on top and Google DaydreamVR support. 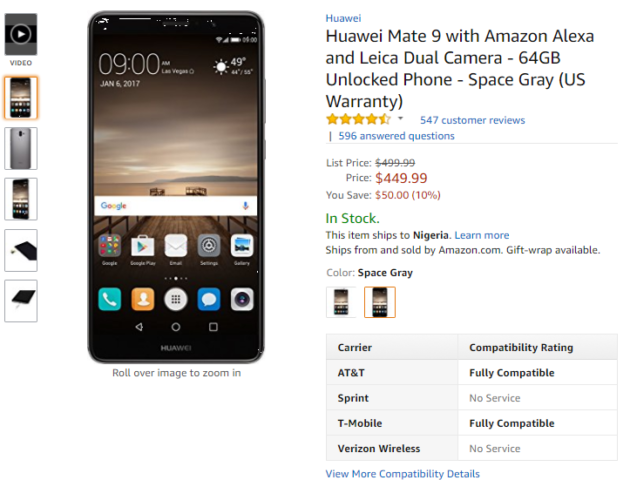 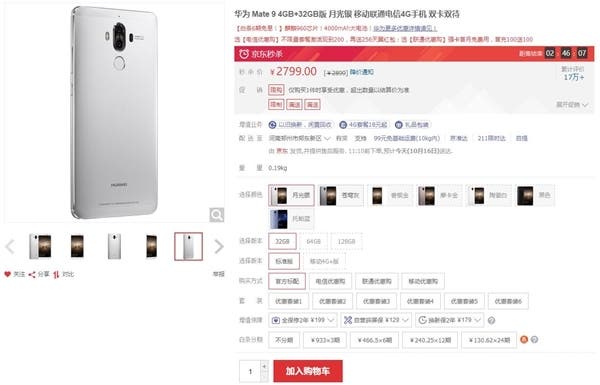 It also boasts of a second generation Leica dual 20MP + 12MP camera and kept alive by a large 4000mAh battery with SuperCharge.