Huawei at its Germany unveiling event today not only announced one, two but three smartphones as part of the much-hyped Mate 10 series. Specifically, Huawei unveiled the base Huawei mate 10, a more capable mate 10 pro and the king of it all the Porsche Design Huawei Mate 10. While we already covered the basic details of the mate 10 and mate 10 pro here, we dedicate this page to the more premium Porsche Design Huawei Mate 10. 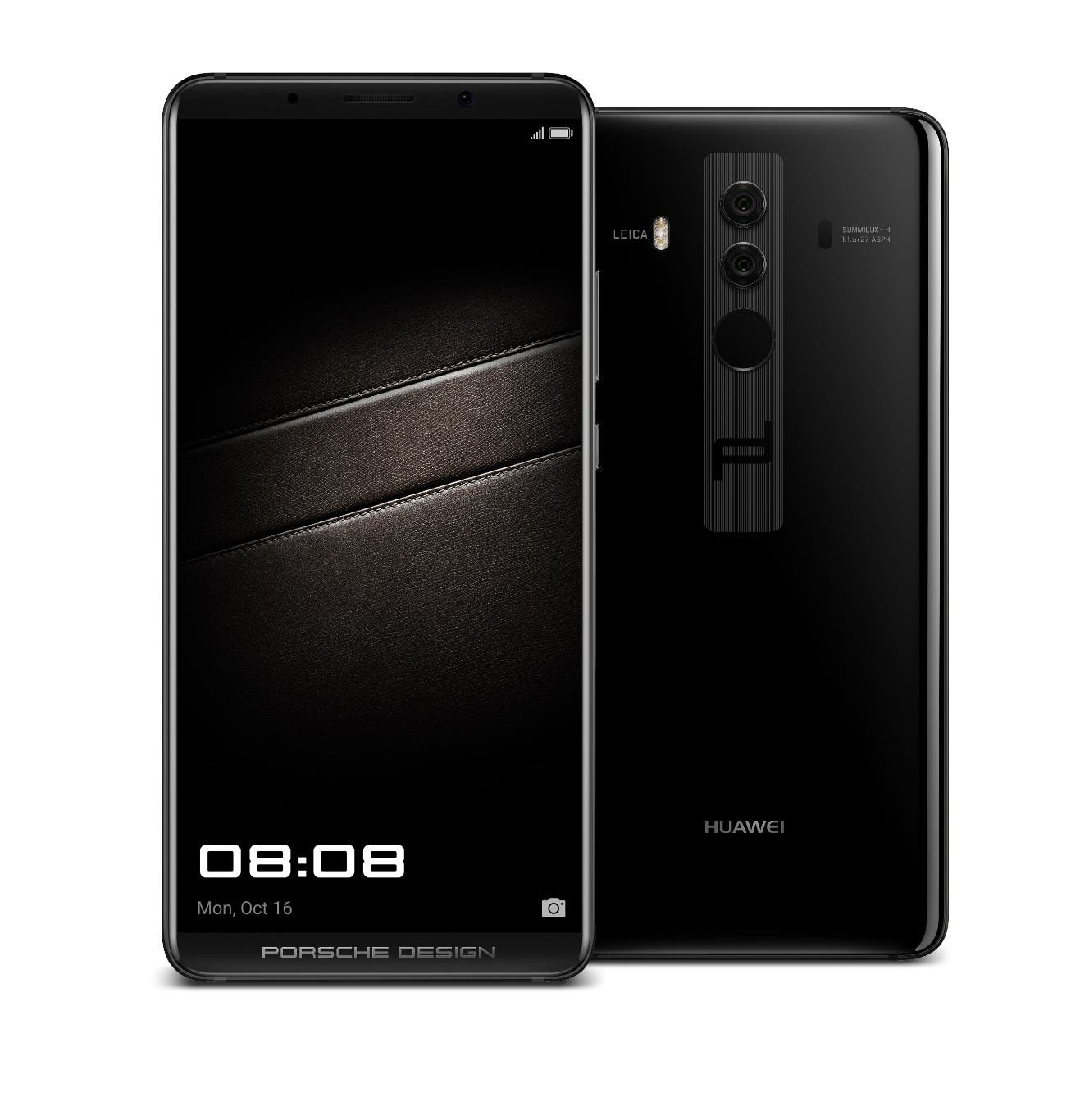 On the display front, the Mate 10 Porsche design comes with a large 6-inch fullHD+ (2160 x 1080) FullView OLED display with virtually no bezels on either side, but still with sizeable bezels on the top and below the chin. Under the hood, the device uses same Kirin 970 64-bit octa-core processor like the Mate 10 and 10 pro, while the RAM and storage size has been bumped up to 6 GB and 256 GB respectively.

In terms of optics, the device uses same dual 12 and 20-megapixel shooters on its back (RGB and monochrome sensors) with Leica’s lenses,while an 8-megapixel snapper lies upfront for selfies. At 154.2 x 74.5 x 7.9mm; Weight: 178g, the device has same dimensions and weight as the Mate 10 pro and uses same  4,000mAh non-removable battery with Huawei’s SuperCharge fast which can supposedly jack up the battery from 0 to 58 percent in half an hour.

Like we stated before, the Porsche Design Huawei Mate 10 is available only in Diamond Black color and would retail for a whopping €1395 (US$ 1646 / Rs. 10,6585 approx.) It will be available in Stores from mid-November in 20 countries including Bahrain, China, Egypt, Spain, Thailand, UAE, and the UK.